Man Hit, Killed by WSP Trooper on I-5 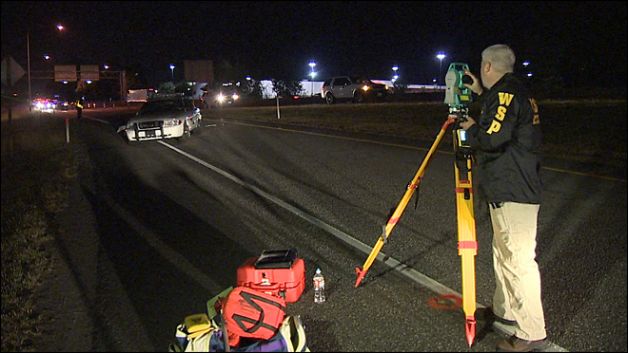 An unidentified male pedestrian was the unfortunate victim of a fatal pedestrian accident Tuesday evening after being struck by a Washington State Patrol (WSP) vehicle on Interstate 5 in Mount Vernon.

According to the WSP, two troopers were headed to the southbound East College Way exit in separate vehicles at approximately 9:45 p.m. after receiving reports of a motorist who allegedly flaunted a rifle at another driver. The troopers were setting up a lookout for the suspect involved in that incident.

While headed southbound on I-5, a male pedestrian allegedly attempted to cross the freeway in front of one of the patrol cars and was struck by the left side of the vehicle. Spokesman Keith Leary said the man died at the scene of the collision.

“At this point, we don’t know what the intention of the pedestrian was,” said Leary. “Our hearts and prayers go out to the family of this person. We don’t take things like this lightly because it’s obviously not what we want to have happen when we’re out here.”