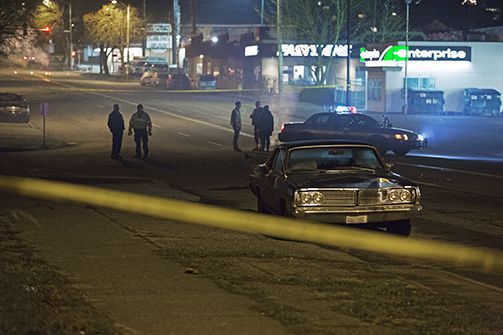 A 69-year-old man who was hit by a car in the Fairmount Park Neighborhood of West Seattle on Sunday evening has reportedly died from the injuries he suffered in the accident, according to news reports.

According to police, the 69-year-old man – who has since been identified by the West Seattle Blog as James R. St. Clair – was walking through the Fairmount Park area and began to cross 35th Avenue at Southwest Graham Street just after 9 p.m. Sunday. A black Ford sedan was driving northbound on 35th Avenue as the man began to cross the street, and the vehicle struck the pedestrian at the intersection of Southwest Graham Street.

Police responded to the scene at approximately 9:15 p.m. after receiving multiple reports of a serious injury accident involving a pedestrian, according to Detective Mark Jamieson of the Seattle Police Department (SPD).

A drug recognition expert from SPD was dispatched to the scene to evaluate the driver of the ford, who has not yet been named, for any signs of impairment from alcohol or drugs. SPD officials say that this is standard procedure in injury accident cases, and also said that the driver did not display any signs of being impaired by alcohol or drugs and was released.

Officials say St. Clair was transported to Harborview Medical Center in Seattle and later died from the injuries he suffered in the accident.

Pedestrian accident cases can be challenging under certain circumstances, as it can sometimes be difficult to determine whether or not one of the parties involved – the driver or the pedestrian, in this case – is truly at fault for causing the accident. In some instances, a pedestrian may be found at least partially at fault if they were crossing improperly or entered the flow of traffic against a traffic signal.

For example, if it were found that a pedestrian was 10 percent at fault for an accident with a motor vehicle, then the at-fault driver – and presumably his or her insurance company – would only be responsible for paying 90 percent of the damages suffered by the victim.

Of course, this is only a hypothetical analysis of what could potentially happen when a person attempts to pursue a pedestrian accident claim. Consulting with a Washington personal injury lawyer who has experience in handling pedestrian accident cases can be beneficial to victims and their loved ones, especially in cases where liability is unclear and additional evidence needs to be discovered.