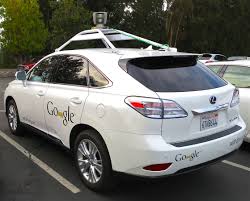 According to data from the National Transportation Safety Board (NTSB), approximately 90 percent of all car accidents are caused by some form of driver error. Corporations like Google and Apple are working to develop the driverless car.

The big-picture idea with these cars is that in the future, they will all be able to communicate with each other through wireless technology. Experts have theorized that if each vehicle is operating through a digital network, then the number of car accidents will decrease and the risk of injury and death from collisions will be dramatically reduced.

Driverless cars is being lauded throughout the traffic safety industry, and the company spent years lobbying for laws allowing driverless cars. In 2011, the state of Nevada passed a law that allowed Google to test its automated vehicles on state roadways. Since then, Florida and California have also passed laws permitting driverless cars.

But one challenge facing Google’s project is the fact that traffic laws haven’t had a chance to catch up to the advanced technology. There are only three states that have laws permitting driverless cars, which limits the ability for researchers to test the effectiveness of the technology in different environments.

There have only been two reported car accidents involving driverless cars since Google began testing them. One of the crashes occurred when one of the vehicle’s operators took over the controls, so that car accident was still technically caused by human error. The only other reported accident involved another unrelated vehicle rear-ending the Google car.

In August of last year, Google announced that the driverless cars have completed more than 300,000 autonomous miles of driving without a car accident (with the exception of the driver-error accidents) and typically have as many as a dozen cars on American roadways at any given time.

But no matter how much research and product testing goes into driverless cars as a strategy for reducing car accidents, it’s going to be difficult for these vehicles to gain any significant traction on an open market without laws that specifically address liability.

Now, the fact that Google’s vehicles have been computer-driven for more than 300,000 miles without being involved in a car accident is an impressive statistic on its own. But think about it – car accidents cost Americans more than $164 billion annually. If one of these vehicles is involved in a crash, who is going to be held responsible for the costly damages that typically result from car accidents?

Surely, the first car accident involving a driverless car would get plenty of attention in the media. But what would happen on the legal side?

“We have great exposure as an industry in terms of product liability,” says Dan Gage of the Alliance of Automobile Manufacturers. “And I think as an industry, most of us suspect that there will always be someone in that driver’s seat.”

Who’s At Fault if There's No Driver?

So would the “driver” of an automated vehicle be held liable in the event of a car accident, even though that person is rarely – if ever – in physical control of what the vehicle is doing?

The answer to that question is still up for discussion, and lawmakers are working to set a framework that would make driverless cars a reality. An Arizona legislator recently introduced a bill that would update the state’s law to cover driverless cars. But he quickly found himself being bombarded with questions from the insurance industry about liability in the event of a car accident.

The result of all these discussions remains to be seen. However, In the 1980s, a large number of vaccination companies pulled out of the industry because of laws that placed the liability on the manufacturers. Congress stepped in to intervene and created a system that allowed injury victims to be compensated if the vaccines were harmful. Special taxes created a fund for potential settlements and cases were heard in special legal hearings.

Only time will tell if this is how automakers approach the issue of driverless cars. But so far, there seems to be growing momentum in the framework that would make automated cars a reality, and car accidents much less frequent on American roadways.