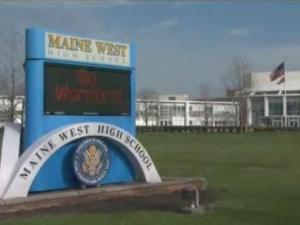 Bullying in schools has become a hot topic among child safety advocates nationwide in recent years as troubling reports of bullying have continued to surface. Hazing, defined as an initiation process that typically involves unwanted harassment, is a form of bullying that experts believe is becoming a commonplace in schools in the United States. Some may remember the heartbreaking story about Robert Champion, a member of the Florida A&M University marching band who was killed in a hazing ritual in November 2011.

Hazing and Bullying in Schools

Sadly, more reports about a number of different hazing rituals at all levels of educational institutions throughout the country continue to surface. Recently, four students who were subject to extremely cruel and traumatizing hazing rituals at a high school in Illinois decided to file a lawsuit on the grounds that administrators were negligent and failed to report instances of bullying and hazing.

The lawsuit alleges that school officials looked the other way and swept previous reports of hazing under the rug and that these brutal rituals have been present in the school since as early as 2007. The situation only garnered significant attention recently after one person who witnessed the hazing reported the incidents to his parents who then contacted authorities.

According to the lawsuit and other reports, three members of the Maine West High School soccer team were sodomized with fingers and sticks as a welcome to the team. The students responsible for initiating the hazing rituals are currently facing charges of misdemeanor battery and hazing, according to police reports. News reports show that the students were originally facing felony charges of criminal sexual assault, but that was changed to the new charges. They reportedly could still face felony charges if more evidence is discovered.

As of now, a total of four victims have been identified and allege that they have been subject to various forms of hazing dating as far back as 2007. Attorneys representing the victims believe that there could be more allegations coming forward as word about the abuse gets out.

While the students who performed these cruel acts of hazing are facing criminal charges, the lawsuit against the school district is centered on the school district’s duty to protect its own students. If the district knew about any of the alleged acts and failed to report it, or if they somehow allowed for the hazing to happen in the first place, they could be held responsible for the damages suffered by these poor young boys.

One past incident of hazing occurred in 2008 and the mother of the victim wrote a letter to the school principal at Maine West High School. According to the mother, the school did nothing to follow up on her allegations and rejected her concerns when she approached the superintendent following the recent allegations of abuse.

“[The school superintendent] told me that in order to be sexual assault there needed to be sexual gratification and I was wrong,” said the boy’s mother. “I told him that my son was pinned down, pants ripped off exposed, boxers completely ripped off, in my opinion that’s a sexual assault.”

Now, the district claims that it was not aware of the 2008 incident, despite the fact that the mother wrote a letter to the school and spoke with the superintendent. Attorneys for the current victims say the fact that the boy from the 2008 case was transferred to a different school indicates that they were well aware of the incident.