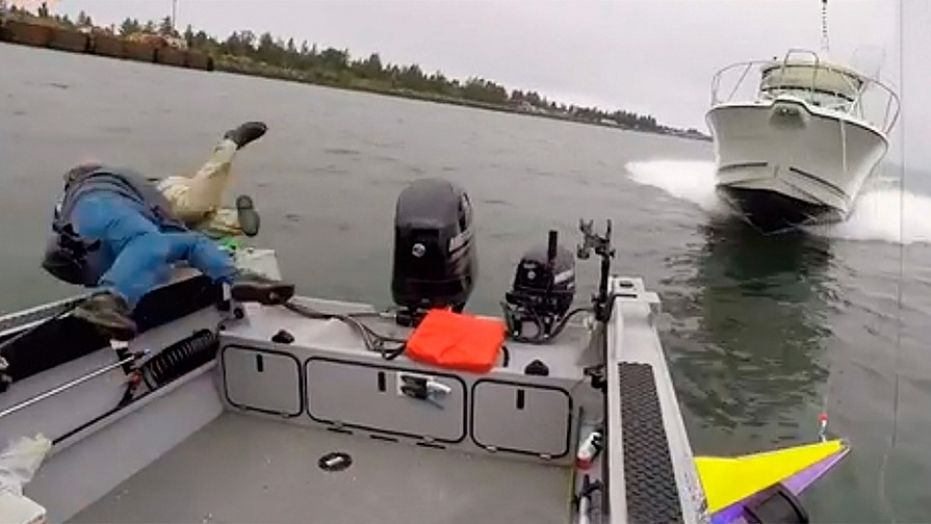 An Oregon salmon fisherman who was forced to jump off of his own boat to avoid being struck by another oncoming boat on the Columbia River last summer has filed a lawsuit against the boat’s owner.

According to The Oregonian, 75-year-old Marlin Lee Larsen is accused of operating his boat without due care in relation to the August 2017 incident, which was caught on camera. The plaintiff and victim, 47-year-old Bryan Maess, was fishing on the river with two friends when GoPro cameras mounted to their boat captured the boat accident on video as it unfolded:

Investigators said in public documents that Maess and his passengers likely would have been seriously injured or killed had they not acted quickly and jumped into the water. In the lawsuit, Maess accuses Larsen of being distracted by his cell phone when the crash occurred, which resulted in personal injury and other harm to the people who were on board.

Officials with the Clatsop County Sheriff’s Office say Larsen’s son-in-law told investigators that he warned his father-in-law to pay attention shortly before the incident, and that Larsen had been using his cell phone off-and-on throughout the morning of the crash. In an interview with The Oregonian, Larsen said he wasn’t using his cellphone while driving the boat and called the allegations “fake news.”

A criminal case related to the incident is still ongoing, and Larsen has pleaded not guilty to misdemeanors of reckless operation of a boat, fourth-degree assault, and reckless endangerment.

Davis Law Group's team of boating accident lawyers have handled similar cases involving negligent boat operators who were distracted at the time of the incident. If you or a loved one has been injured in a serious boating collision, you may benefit from the assistance of an experienced attorney.

Call Davis Law Group at (206) 727-4000 to request a free legal consultation with our team or use the confidential contact form on this page.