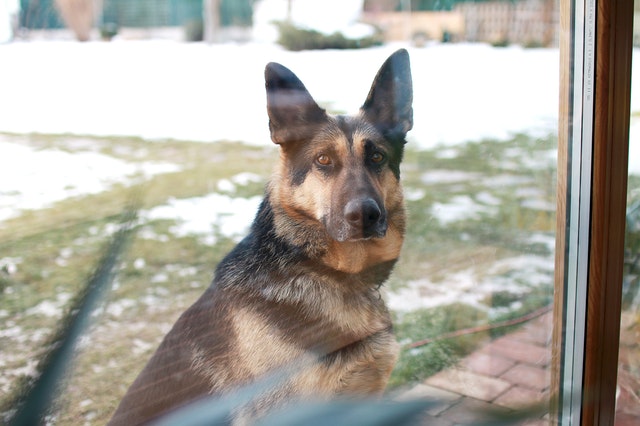 Before investing in a specific dog breed to keep your apartment, house, business or piece of property safe, it’s important to know the differences between the types of dogs: watch dogs, guard dogs and attack dogs.

While there’s confusion as to the differences between some of these types of dogs – watch dogs vs. guard dogs, guard dogs vs. attack dogs – they each serve different, very specific purposes. Deciding as to what type of dog you buy should be thoroughly researched, and you should find out what the breed was originally bred to do. Ask the breeder questions and do your own internet research to make the best decision.

Below, we’ve defined what each type of dog is and the purpose they serve, as well as some of the most common breeds.

Looking for a ferocious dog? A watch dog isn’t what you’re looking for. A watch dog has one primary function – sound the alarm when anything unusual is detected.

Hypervigilant dogs don’t make good watch dogs as they’re better suited as guard dogs or attack dogs. A good watch dog is intelligent enough that it can determine whether a threat is usual or unusual, letting harmless things go while alerting people to real threats. Well-trained watch dogs do not attack.

The most important trait for a watch dog is the bark. An ability to bark loudly is crucial, and the size of the dog doesn’t matter. In fact, smaller dogs usually make the best watch dogs.

A guard dog is expected to bark as an alert but is also capable of attacking or restraining. Guard dogs initially display intimidating behavior (scare) while holding their ground and only engage (bite) if the initial display is not enough of a deterrent. Well-trained guard dogs can take a wait and see approach and respond accordingly.

Guard dogs only bark and growl, potentially bringing in assistance or scaring away/deterring a threat. Unlike a watch dog, guard dogs require special training to help them discriminate between friend or foe.

The damage inflicted by a poorly-trained guard dog can be serious. These dogs aren’t suited for inexperienced owners.

Attack Dogs will react aggressively toward anyone entering the property. Alternatively, they will not attack unless their owners are facing a threat or have commanded an attack. Well-trained attack dogs are trained to bite on command, as well as stop biting on command. These dogs can be socialized, loyal and extremely obedient.

On the other hand, attack dogs that are not properly trained or used for the wrong reasons are capable of inflicting serious damage. Attack dogs that are trained to fight or put fear into others are most likely to attack an unsuspecting person or animal without warning.

Check with local and state agencies before choosing an attack breed of dog. They may be prohibited or subject to strict regulations because of the danger they may pose. Insuring an attack dog or a dog with a violent past may be difficult, and at the very least more expensive for the owner.

No matter the type of dog, if you or a loved one has been injured by a dog bite, it may be in your best interest to contact a dog bite lawyer. Attorney Chris Davis and the legal team at Davis Law Group, P.S., has over 20 years of experience representing dog bite victims in the state of Washington.

Call the Davis Law Group at (206) 727-4000 for a free case evaluation. You can also contact us via the chat feature below or by filling out the form on this page.