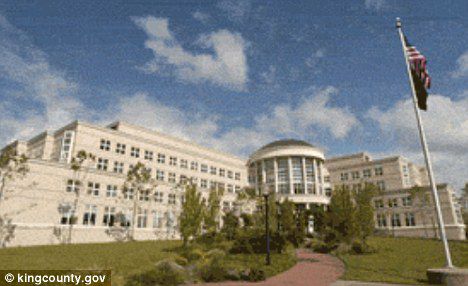 Three detectives with detailed careers at the King County sheriff’s office filed claims on August 21 against the county seeking up to $9 million in damages as a result of alleged widespread sexual harassment and abuse over a period of several years.

Detectives Marylisa Priebe-Olson, Janette Luitgaarden and Belinda Ferguson are listed as the plaintiffs behind the sexual harassment claims brought against King County. The detectives allege that they were subjected to years of harassment, including constant verbal sexual remarks and “yelling, screaming and spitting,” according to court documents.

King County Sheriff Steve Strachan says he will take appropriate action as the case progresses, but that he is unable to comment on the details of the case. According to an attorney representing the detectives, the detectives decided that they had enough with the abuse and were determined to take action in order to protect their colleagues.

The detectives claimed that now chief deputy Dave Jutilla, who was a sergeant at the time of the alleged abuse, was responsible for tolerating and allowing a culture of gender and sexual harassment in the Sexual Assault Unit at the Regional Justice Center in Kent. Sergeants Tony Provenzo and Paul Mahlum were also named as defendants in the claims.

Ferguson and Luitgaarden allege that Provenzo constantly yelled and screamed offensive sexual remarks on a regular basis and that he even spit on them at times. The sergeants also made threats to demote the detectives if they spoke out about the harassment. Priebe-Olson also received threats of retaliation from Provenzo, according to records.

Sexual harassment in the workplace is a common occurrence in the United States and has triggered a number of lawsuits against employers and agencies alike. Retaliation against employees for reporting sexual harassment is also a very serious offense and could lead to a serious lawsuit against King County in this case. It is always important to consult with an experienced sexual harassment or sexual abuse attorney in your area when it comes to these matters.

If you or a loved one has fallen victim to sexual abuse or sexual harassment in Washington State, you may be entitled to financial compensation for the physical and emotional injuries that you have suffered. Contact the personal injury attorneys at Davis Law Group by calling 206-727-7000 for a free confidential consultation.