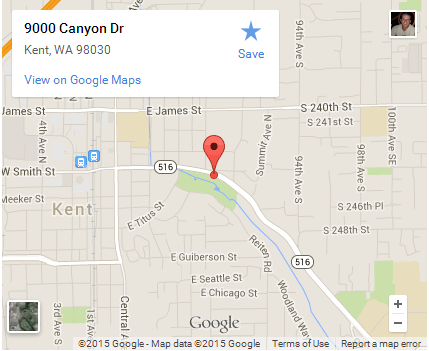 A 24-year-old Seattle woman is facing multiple criminal charges, including vehicular assault, in connection with a high-speed car accident that occurred as she was fleeing a police pursuit in Kent earlier this month.

Wanaka was allegedly driving near the 24800 block of 104th Avenue Southeast in Kent on January 6 when a police officer noticed the tabs on her vehicle’s license plate were expired. He attempted to pull the vehicle over, but Wanaka failed to yield and actually began accelerating away from the officer. She later ran a red light as she evaded the officer and rear-ended one vehicle. The driver in that car was not injured.

Another officer joined in the pursuit after witnessing the first collision, and Wanaka allegedly began driving westbound in the eastbound lanes of Canyon Drive (a 40 mph zone). The officers claimed they reached speeds of up to 70 mph, but Wanaka still managed to pull away from their pursuit.

Then she crashed into a vehicle being driven by 37-year-old Samir Gardi of Kent.Gardi had to be extricated from his vehicle and was transported to Harborview Medical Center in Seattle to be treated for his injuries. There, he was diagnosed with a severely broken leg, pelvis, and other serious internal injuries. Gardi had to undergo an emergency surgical procedure upon his arrival to Harborview.

Wanaka suffered only minor injuries in the crash. After police arrested her, she admitted to investigators that she fled the officers’ pursuit because she had warrants out for her arrest and did not have a valid driver’s license. Investigators discovered she had several warrants for prostitution, drug possession, and negligent driving.

Charging documents show that a drug-recognition expert (DRE) was called to the scene and noted that Wanaka had bloodshot, watery eyes and slurred speech. She admitted to smoking marijuana before the crash occurred, and a blood test to determine if any other intoxicants were involved is currently pending.

Wanaka is scheduled to be arraigned on Thursday, Jan. 22 at Kent’s Maleng Regional Justice Center.

Because Wanaka was not carrying a valid driver’s license at the time of the crash, one of the primary concerns from a legal perspective is whether or not she was carrying an auto insurance policy that contained liability coverage.

This would be the main source of compensation for Gardi were he to pursue a personal injury claim, though not the only possible avenue of recovery.

This particular incident also underscores the importance of carrying Uninsured/Underinsured Motorist coverage (UM/UIM). If Wanaka did not carry an auto insurance policy that would provide liability coverage but Mr. Gardi’s insurance policy had UM/UIM coverage, then he would be able to recover damages through that part of his policy. UM/UIM typically covers up to $250,000 or $500,000 in damages, depending upon the policy.