Driver Injured In Fatal Crash With Light Pole Near Kent 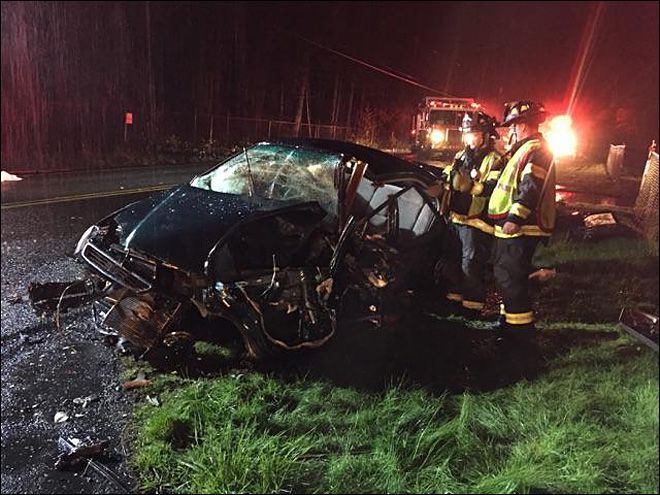 A single-vehicle accident on Kent’s Pacific Highway took the life of a female passenger and left the driver hospitalized with serious injuries Tuesday morning.

According to The Seattle Times, an adult male was driving with a female passenger near the 25400 block of Pacific Highway on the west side of Kent at approximately 8 a.m. Tuesday when the car left the roadway and hit a light pole. The female passenger was pronounced dead at the scene, according to Kent police.

The collision caused serious damage to the vehicle, and the car was so badly mangled that the driver’s foot was trapped. Firefighters and emergency crews had to remove the driver from the car using the Jaws of Life, which is used to cut through tough metal and peel away parts of a vehicle if a person becomes trapped inside.

Once he was rescued from the vehicle, the man was transported by paramedics to Harborview Medical Center in Seattle to be treated for serious injuries. There was no additional information available regarding his condition at Harborview.

Pursuing a claim in these situations can sometimes be a difficult for people who may have a close relationship with the at-fault driver. An example of this might include a woman injured in a car accident while riding as a passenger when her husband causes a collision. Technically speaking, the woman would be pursuing an insurance claim for bodily injury against her husband.

Some people can become uncomfortable about the nature of naming their spouse or a loved one in a lawsuit. But because that is the only way for a person to recover compensation from the insurance company to pay for medical bills and other damages, it is something that happens quite often throughout the country.