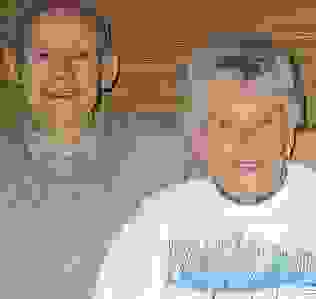 A Sacramento, CA Superior Court jury last week reached verdicts that Seattle-based Emeritus Corp. was guilty of wrongful death and elder abuse, which lays the groundwork for the financial compensation that the family of a former resident will receive as a result of the poor treatment she received while in the care of the assisted living facility.

According to court documents, 82-year-old Joan Boice was placed in the care of Emeritus at Emerald Hills in nearby Auburn in 2008 after being diagnosed with Alzheimer’s disease. However, by the time Boice had checked out of Emeritus, she had developed at least four major bed sores. She died three months after being discharged from the assisted living center, and the bedsores were listed as significant factors in her death.

Now, all that’s left with Boice’s case is for the jury to determine how much financial compensation the family should receive for the company’s egregious negligence and the death of their mother. Since the case is being tried in California, punitive damages are going to be a significant factor in the verdict.

Carole Herman, an advocate for patients’ rights and president of the Foundation for Aiding the Elderly in Sacramento, believes the punitive damages could reach a very high level in this case because the jury appears set on sending a message to the company.

“I think it sends out a great big message to Emeritus that they had better clean up their act,” says Herman. “And I think those who are investing in this corporation should make some big inquiries into the management of this company as to what is going on here. Instead of looking at their bottom-line profits, they should be looking under the sheets of what’s going on in these places.”

But despite the obvious signs of negligence on the part of Emeritus in the case of Ms. Boice, Emeritus executives will not back down from defending themselves against the charges. In one prepared statement from the company following the verdict, the company failed to offer even as much as an apology for their negligence.

“We are a company of caring and compassionate caregivers and individuals who come to work every day to make a wonderful, positive difference in the lives of our residents and our families,” said Emeritus spokeswoman Karen Lucas. “Today we received an adverse verdict in Sacramento Superior Court. We are deeply disappointed in this verdict. Our caregivers have earned the praise and gratitude of thousands of residents and families across the country. We continue to stand firmly behind and believe in the quality of care that we provide.”

The jury found the value of Boice’s pain and suffering - mainly stemming from her severely infected bed sores - that she experienced as a result of the company’s negligence to be approximately $3.88 million, though the California state law limits damages on pain and suffering from medically-related cases at just $250,000.

But if the $3.88 million price tag had stuck with the wrongful death verdict, it still would have been a relatively small amount of money for the giant nursing home corporation. According to an article in the Sacramento Bee, Emeritus sees more than $1 billion in profits each year.

2 Comments
Karen - So sorry to hear about your mother's experience at the Emeritus assisted living facility. Sadly, situations similar to what you have described occur quite often in Washington state. If you would like to provide more information about your mother's case - either for a legal claim or to contribute an upcoming blog post - please contact us at 206-727-4000 or send an email to [email protected]
by Davis Law Group April 29, 2013 at 12:25 PM
My mother lost 12lbs the first week she was in a Emeritus facility. They never noticed she didn't eat or drink. After her trip to the ER on a Friday night, two days later I found her laying in bed on Sunday afternoon in her feces and urine and streaks of blood.
by Karen April 26, 2013 at 10:13 PM
Post a Comment