Jury Finds no Wrongdoing in Death of Tukwila Man 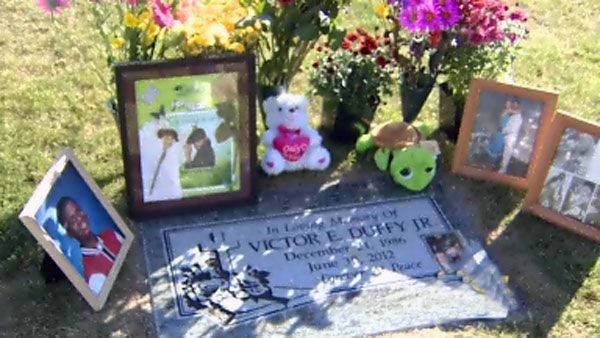 On June 30, 2012, Victor Duffy Jr. called police to report that a cell phone charger and remote control had gone missing. Police arrived at the family’s home in the 5600 block of South 150th Place in Tukwila and found Duffy holding a golf club on the porch of the house.

Police allege that as they arrived at the house, Duffy was ranting that his family members – his mother, sister, and common-law husband – were strangers who didn’t belong in his home. The group of people was in the middle of an argument when police showed up to the house, according to court documents.

Based on the unusual behavior police quickly determined that the man was mentally ill and needed to be committed to a mental-health facility.

Police attempted to check the man for any weapons by patting him down, but he started swinging the club at police and refused to cooperate. They failed to subdue Duffy with Taser and pepper spray on him and Duffy began running.

He leapt off the front porch of the house in an attempt to run away. Despite breaking his ankle in the process, Duffy continued to battle with police before they eventually handcuffed him and strapped him to a gurney.

A video recording taken at the scene showed that Duffy appeared to calm down after being handcuffed and he had told the responding officers that he was able to breathe. He later became unresponsive while being treated on the scene by medics and their attempts to revive him were unsuccessful. He died later in the day at a nearby hospital.

King County Executive Dow Constantine ordered an inquest into the incident to determine if there had been any negligence or misconduct on the part of the police officers who responded to the scene. The jury was presented with the facts of the case and then was asked a series of 20 questions about whether the death was a result of any mistakes or lapses in judgment.

Duffy’s family has filed a wrongful death lawsuit against the city, and the action seeks more than $15 million in damages. Currently, the trial is scheduled to begin sometime next year.

After the conclusion of the inquest, jurors unanimously agreed with the King County Medical Examiner’s Office, who found that Duffy’s death was caused by “sudden death associated with the manifestations of excited delirium and following physical restraint.”

The attorney and representatives of Duffy’s family were not surprised by the findings, and though it appears there was no blatant wrongdoing on the part of police they believe there were mistakes made while the mentally ill man was receiving medical treatment. The claim of negligence on the part of the medical staff could play a significant role in the wrongful death lawsuit.