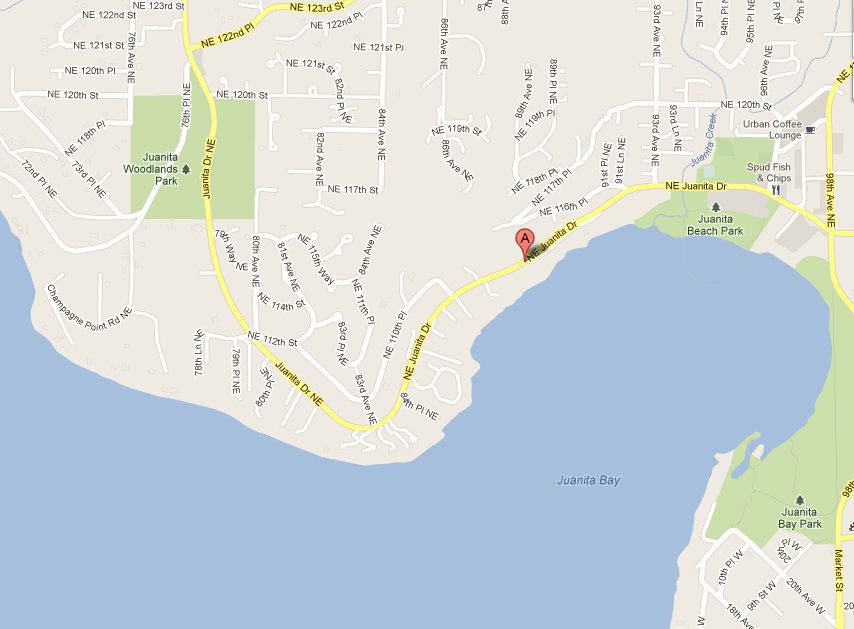 According to officials with the Kirkland Police Department, there have been eleven (11) individual car accidents on Juanita Drive that were investigated by police since June 1, 2011 when annexation took place in Kirkland.

The reasons for this trend should be fairly obvious; first, it’s a long winding road surrounded by trees near Lake Washington, which means there is going to be a combination of moisture and debris on the roadways a significant amount of the time. Also, Juanita Drive has a reputation for being a dangerous roadway as it has lots of blind curves, while the road has a posted speed limit of 35 mph. These can easily make for a dangerous combination when it comes to car accidents.

The Seattle Bike Blog has covered this topic in the past, including through a blog post last year after a man was fatally injured in a bicycle accident on Juanita Drive. In this particular case, an 18-year-old was driving a pickup truck when he struck the bicyclist and then crashed into a nearby utility pole. Police did not believe drugs or alcohol, or even driver distraction for that matter, played a role in this crash, yet the bicyclist was killed.

Such is a serious issue in Kirkland, and with such a large number of reported collisions on the roadway the statistics suggest that something needs to be done to improve the safety of this particular road. While many may accept these tragedies as simple accidents that cannot be avoided, traffic safety experts would likely contend that 35 mph is much too fast for such an unpredictable roadway.

Lighting and adequate signage may also be a contributing factor to the level of traffic safety on Kirkland’s Juanita Drive. Especially for roadways with lots of trees and constant precipitation (we are in Seattle, after all), providing enhanced visual assistance to drivers and bicyclists alike should result in a win-win situation for everybody.

Regardless of the strategies and tactics that can be employed to achieve the goal of safety, it’s safe to say that something needs to be done for the residents of Kirkland. The statistics alone should be a red flag that the current status of Juanita Drive is unsafe and resulting in a number of motor vehicle collisions.