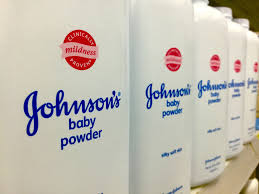 Court documents show that the jury awarded 62-year-old Lois Slemp, the plaintiff, a total of $5.4 million in compensatory damages and an additional $105 million in punitive damages. Johnson & Johnson’s primary supplier of talc, Imerys Talc America, was also found to be partially liable for the damages and was hit with a $50,000 portion of the verdict.

Initial reports indicate that jurors deliberated for one day before returning the record verdict. Slemp, who allegedly used Johnson & Johnson’s Baby Powder and Shower to Shower products on her genitals over the course of several decades, continues to suffer from cancer after it spread from her ovaries to her liver. Due to the plaintiff’s declining health, the case was given special consideration and expedited in order to reach a resolution as quickly as possible.

“Once again we’ve shown that these companies ignored the scientific evidence and continue to deny their responsibilities to the women of America,” said Ted Meadows of Alabama-based law firm Beasley Allen. “I hope this verdict prompts J&J to acknowledge the facts and help educate the medical community and the public about the proper use of their products.”

What This Verdict Means For Other Victims

There are multiple reasons that this particular case – and the subsequent outcome – are notable for anyone in the legal field or any person who has tragically developed ovarian cancer after using Johnson & Johnson’s talc-based products.

First, every single one of these cases against Johnson & Johnson’s which is decided in favor of the plaintiff will typically embolden other plaintiffs and their attorneys to continue to move forward with pending lawsuits. Large corporations such as J&J will typically attempt to limit their liability and avoid the potential financial impact of large-scale litigation by settling victims’ claims rather than defending them in court. The trend of large plaintiff verdicts suggests this may become reality in the near future.

Second, the fact that J&J’s talc supplier – Imerys Talc America – was found to be partially responsible for the victim’s damages in this case is very significant. It points to the fact that not only was the manufacturer and marketer of talc-based products liable for the victim’s damages, but the company which mined and sold the talc minerals in the first place was also responsible. It means that future lawsuits will likely include the corporation responsible for supplying the talc as a defendant.

With each passing day, the window of opportunity to successfully pursue a personal injury claim against Johnson & Johnson and other potential companies gets smaller and smaller. However, victims who have developed ovarian cancer after extensive talcum powder use may still be able to file a claim for their injuries and other damages. Pursuing these types of claims is a time-sensitive process, and it is important that victims act quickly if they wish to be compensated for their losses.

Our personal injury attorneys represent victims on a contingency fee basis, meaning that there are no up-front costs associated with hiring a lawyer and attorney’s fees are only paid after the case has been successfully resolved. If you or a loved one has suffered ovarian cancer from talcum powder use, contact us today by using the confidential form on this page or calling (206) 727-4000.