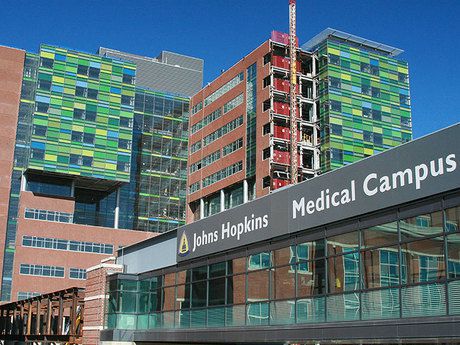 After their son was born with cerebral palsy, brain damage and additional physical and mental disabilities via Caesarian Section on March 26, 2010 at Johns Hopkins Hospital, the parents of Enzo Martinez filed a medical malpractice lawsuit against the hospital.

Earlier this year, the family was awarded a verdict of more than $28 million for the damages suffered as a result of the negligence of the hospital staff. According to court documents, “Enzo will require 24-hour aid and attendant care, in addition to intense physical and occupation therapies for the rest of his life. Plaintiffs’ counsel noted that he will never walk or talk.”

The case is currently pending on an appeal from the defense, but we wanted to break down some of the aspects of the case that make it more complicated than it may appear at first.

First, the grounds of the medical malpractice lawsuit were that the family claimed the hospital acted negligently in taking nearly two hours to perform an urgent C-section delivery of the child. The plaintiff’s lawyers argued that each of the boy’s injuries were inflicted within the final 18 minutes before he was delivered, and that the injuries were likely caused by the umbilical cord compressing on his neck.

Court documents show that the hospital maintained that it met the standard of care in this particular incident, and that Enzo’s injuries had actually occurred while the mother was in labor at home under the care of a midwife who the family had arranged to assist in the delivery. The woman had reportedly not wanted to have the child at a hospital and was planning on a home delivery. Defense counsel argued that the injuries had occurred at approximately 1 a.m., rather than 2 a.m. when the family had arrived at the hospital.

In this particular case, because there were two entities responsible for providing a certain standard of care to the mother, it is important to determine exactly when and under the care of which entity that Enzo suffered the birth injuries. Signs of fetal distress are typically determined through the use of fetal monitoring strips, which reportedly only show the condition of a fetus at the time of recording. It would appear that enough evidence showed that the birth injuries occurred after the mother arrived at Johns Hopkins Hospital, despite the defense counsel’s argument to the contrary. Since this case is currently pending an appeal from the defense, it will be interesting to see what happens with the appeals process.