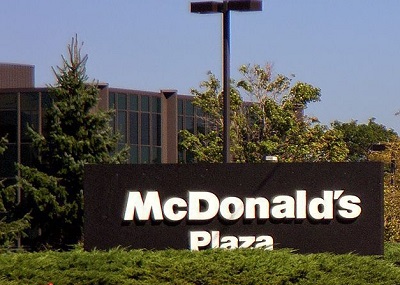 Stella Liebeck is a name that you probably don’t know, but you still know.

She is ground zero for many modern discussions of the erosion of responsibility, worries about the nanny state, frivolous lawsuits, and outrageous jury awards. She was the fuel for millions of fear mongering emails about lax judges allowing robbers to sue homeowners for tripping over rugs while bungling a burglary. She is the reason that packs of corporate lawyers try to rip away the legal rights of Americans through the mislabeled ‘tort reform’ movement.

In many ways Stella Liebeck is an urban legend created by television and newspaper journalists because all Stella Liebeck did was order a cup of coffee.

What happened next most people get wrong because the cultural game of telephone has turned Stella Liebeck into a whiner, a huckster, a charlatan, and, in the eyes of many people, a thief.

The Real Story Behind 'Hot Coffee'

But these are the details. Mrs. Liebeck was riding with her nephew and they decided to stop at a McDonald’s for breakfast. She got the infamous boiling cup (between 180 and 190 degrees when it was served) and rested it on the dash, stabilizing the sides so it wouldn’t fall. After her nephew parked the car she put the cup between her thighs so she could remove the lid. In the process of squeezing off the lid to add cream, the coffee spilled on her thighs, groin, and genitals, resulting in third degree burns, which needed in skin grafts.

This medical treatment was expensive. The family asked McDonald’s to cover the $20,000 in medical bills. The company countered with an offer of $800 dollars. And the case went to court.

The original amount reported in the headlines decrying this lawsuit as ‘Jackpot Justice’ claimed Liebeck received $2.9 million dollars (which actually equates to two days worth of McDonald’s coffee revenues). This was false. There were limits to awards the jury was not told that reduced the amount to $640,000. McDonald’s lawyers appealed the verdict and Liebeck eventually settled out of court.

It’s been 20 years since the trial took place and society has learned to adapt to the typhoon of information flooding us all the time. The truth about Stella Liebeck can easily be discovered—if you know that the cultural knowledge of her case is a false memory. But the pernicious myth of Liebeck persists, fueling the cultural bias against individuals and toward massive insurance companies.

Happy national coffee day. Be careful out there.