Is There A Coca-Cola Truck Crash Epidemic? 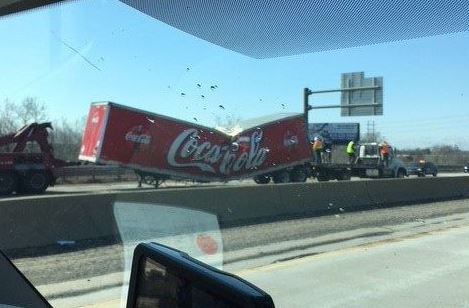 In 2018, the award-winning attorneys at Davis Law Group were retained to represent the victim of a serious trucking accident involving a Coca-Cola truck.

As a result of Davis Law Group's investigation into this case, we have been able to identify dozens accidents nationwide involving Coca-Cola's own trucks in the last 12 months.

The Coca-Cola Company has had serious, well-publicized safety problems in the past, including a 2012 Coca-Cola was hit with a $21 Million distracted driving judgment for an injury accident caused by a Coke driver who was talking on her cell phone at the time of the collision.  The case does emphasize the need for all companies to have a clear cell phone use policy for their drivers.

Call Us For A Free Consultation

The award-winning personal injury lawyers at Davis Law Group have helped accident victims get justice and the compensation they deserve after a serious accident for more than 25 years. We offer a free legal consultation to injured victims and work on a contingency fee basis, which means you only owe attorney's fees after we recover compensation on your behalf.

Call our office in Seattle at (206) 727-4000 or use the confidential contact form on this page to request a free legal consultation with our top-rated legal team today.