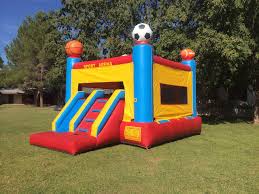 We have discussed a lot of dangerous trends and products that contribute to child injuries recently, especially with the recent attention being paid to trampoline parks and child floor seats. Sadly, another consumer product – inflatable bouncers, also known as bounce houses, space walks and bouncy castles – have come under the spotlight as contributing to a number of injuries to kids.

The injury rates are extremely troubling, and because these products are so popular around events like birthday parties, a large number of children are potentially put at risk of injury every day in the U.S.

Fortunately, most of the injuries we’re talking about aren’t seriously debilitating or life-threatening; the study says only 19 percent of the children injured in these cases were treated for head or neck injuries. However, that is still a one-in-five rate of head or neck child injuries from inflatable bouncers, and many would argue that is much too high.

And while the injuries reported may not be overwhelmingly serious, some experts are concerned about the ages of the majority of children who have been injured. According to the report, more than half of the child injuries were reported in children between six and 12 years of age, while more than one-third were under the age of five.

The surprising data regarding the ages of the victims of child injuries in this report suggest that maybe parents are underestimating the inherent risk of placing a young child in a confined space with lots of bumping and jumping around.

“We need to consider how old the kids we let in there are,” says Elaine Pahilan, Trauma Injury Prevention Coordinator for LSU Health Shreveport. “The younger kids aren’t always as aware of their surroundings as much as the older children are.” 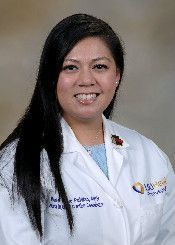 In addition to age, experts say that supervision habits are a likely contributing factor to the dangers and increase in child injuries. Oftentimes, parents hire companies to bring out the equipment and instruct the participants on safety rules. But the vendors’ jobs are done after they install the equipment and go through the safety precautions, and once they leave, the responsibility is back in the parents to maintain a safe environment. Relying on babysitters to monitor large crowds of children at a birthday party, for example, presents a lower level of supervision and experts say it’s one of the common approaches by parents when it comes to these toys.