An Illinois family has filed a lawsuit after a nursing home resident who suffers from Alzheimer’s and is unable to verbally communicate was found to have an infestation of maggots in her ear while under the care of that nursing home facility.

According to the Huffington Post, John McCann has spent approximately $270,000 of his own savings on extensive nursing home care for his wife, 92-year-old Catherine McCann, who requires around-the-clock assistance. Needless to say, he was devastated and furious to learn that doctors recently discovered 57 maggots had hatched and been growing in her ear.

After Catherine McCann tried her best to communicate discomfort in her ear to her husband, she was taken to Northwest Community Hospital in Arlington Heights. There, doctors discovered quite the infestation and made a videotape documenting the extraction process. The Huffington Post says CBS declined to air the footage of the video because it was too graphic.

Interestingly, the nonprofit nursing home – identified as Lutheran Home for the Aged – has denied any wrongdoing in relation to the incident. After the hospital removed them, the family’s attorney sent some of the maggots to an expert to be analyzed, who concluded that they had been in McCann’s ear for approximately two or three days.

“In this case, they allowed Catherine McCann to have a fly get into her ear canal, lay eggs and hatch 57 maggots,” says Henry Gruss, the family’s attorney who filed the lawsuit. 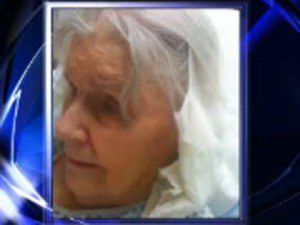 The nursing home claims it has an excellent reputation and that this was an “extraordinarily unusual event,” according to the local CBS affiliate. Exterminators inspected the home and found no evidence of flies, leaving them to believe the infestation occurred while the patient was outside on a walk.

This is a textbook example of patient neglect in a nursing home, and though the home denies any wrongdoing in connection with the incident, it is hard to imagine a scenario like this that does not at least involve negligence to some degree. If you or a loved one has fallen victim to nursing home abuse like the McCann family has, it is important that you contact a qualified attorney with experience in nursing home abuse cases.

1 Comments
This is really sad. I pity the old lady that has been uncared by the nursing home. I would like to read more information about this old lady.
by Christine Bloom December 6, 2012 at 07:38 PM
Post a Comment