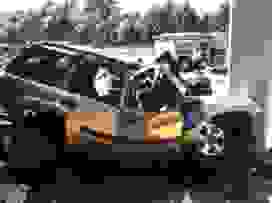 According to the Washington State Patrol (WSP), 44-year-old Todd Bekins of Vancouver was driving a 2005 Chevrolet Blazer on I-405 near Northeast 85th Street. As he approached the exit, the vehicle exited the roadway to the right and crashed into the exit sign.

The Blazer caught fire after the impact with the street sign, and witnesses rushed to remove him from the vehicle and began performing CPR. The driver was pronounced dead at the scene of the fatal car accident, and the WSP says the cause of the crash is still under investigation.

Davis Law Group helps vehicle accident victims get financial compensation for their injuries and lost wages. Our personal injury lawyers work closely with the criminal prosecutor to make sure that all avenues, both criminal and civil, are being pursued. If you have been the victim of a vehicle accident, contact Davis Law Group at (206) 727-4000.