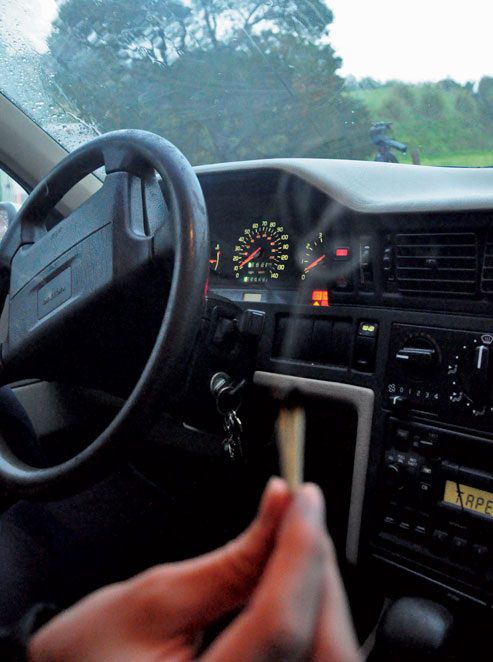 In Washington state, marijuana is a pretty hot topic due to the recent passing of Initiative 502, which aims to legalize the recreational use of small amounts of marijuana. As part of that legislation, backers of the initiative were tasked with developing a standard for determining impairment levels of people behind the wheel, which has sparked enough debate on its own.

Needless to say, the challenges surrounding the enforcement of stoned driving laws are nothing new, and now that the drug has been legal for some time now, we will soon begin to analyze the data and better understand the effects it has had on traffic safety in Washington.

Background on Marijuana and DUID

Driving under the influence of any drug – including marijuana – is illegal in all 50 states and the District of Columbia.

Lawmakers in Washington State recently faced the difficult challenge of being the first to determine a legal threshold for driving under the influence of the drug.

Law enforcement agencies have de-prioritized pot throughout the United States, and Washington state has been one of the leaders of this de-escalation. Seattle voted to pass an initiative in 2003 that made the investigation, arrest and prosecution of adult personal use of marijuana the city’s lowest law enforcement priority.

Since 2003, many states throughout the country have followed suit, the idea being that voters would rather law enforcement focus their time and resources on more violent and serious crimes. As a result, we’ve seen a gradual transition towards legalization in the past decade or so.

But, as we’ve discussed, allowing for recreational use creates a conflict when it comes to combating drunk driving accidents. According to the Drug Policy Alliance, 42 percent of American adults have reported using marijuana at some point in their lifetime. And since it’s a safe bet that many of those people are behind the wheel of a car at one point or another, legalization only increases the odds of people driving under the influence.

Measuring the Impact on Driving Abilities

Although the efforts to legalize recreational use of the popular substance have been successful, research and scientific studies have been limited, making it even more difficult for legislators to come up with an equivalent to the driving under the influence laws concerning alcohol.

Marijuana causes users to become dizzy, reduces potential reaction time, and impairs motor function which can cause similar effects to drivers that alcohol does – namely swerving and drifting out of control. But the problem with this drug that makes it different than alcohol is that these effects vary quite significantly between users. To put it simply, not everyone will experience the same side effects from marijuana use, and that makes it even tougher to develop a standardized threshold for impairment.

But ultimately, you can’t argue with the numbers. One study suggests that driving under the influence of marijuana potentially increases the risk of being involved in a serious or fatal car accident almost two-fold. In addition, analysis of crash data shows that the number of drivers in fatal accidents who were under the influence of drugs increased by 18 percent from 2005 to 2011. So while the recreational use of marijuana has become a lower priority over the years, the statistics have dictated that stoned driving has become a higher priority.

The controversy around enforcement is centered on the method used to determine impairment, including the threshold that supposedly determines if a driver is impaired. As of now, Washington State has made five nanograms of THC – the main psychoactive ingredient in marijuana that causes impairment – the standard threshold for determining impairment. The problem? THC can potentially stay in a person’s body for multiple days after use, even when the person is not impaired.

This makes advocates of legalization worried that there will be an uptick in wrongful DUI charges because people could potentially have THC in their system after the impairing effects of marijuana have worn off. There are additional studies pending that could lead to saliva testing as an improved method of determining impairment, but experts believe it could be a while before any of those rules or standards are changed.