How bad are Seattle’s drivers at paying attention? 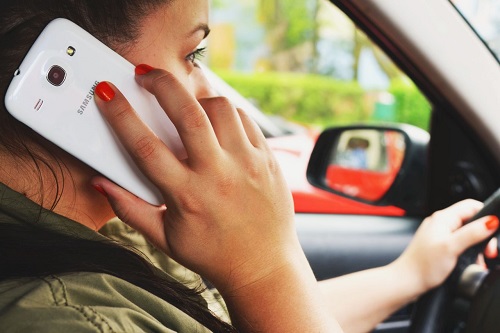 The Seattle Department of Transportation has released a report stating that between 2013 and 2014, there was a 200 percent increase in collisions related to distracted driving. Jim Curtin, the traffic-safety coordinator for SDOT, has told reporters that the problem extends beyond drivers who talk and text while they’re behind the wheel; he’s seen similar behavior from bicyclists on busy roadways. He also stated that there has been a massive spike in the number of pedestrian collisions, with 75% of pedestrians being hit in a crosswalk either because drivers aren’t yielding or pedestrians aren’t checking that the way is clear before crossing.

According to King County’s public health program, distracted drivers accounted for at least 20% of all traffic fatalities in King County between 2008 and 2012. In 2015, distracted driving was the cause of many car accidents in and around Seattle, including a massive, fiery pileup that blocked all northbound lanes of Interstate 5 on a weekday morning.

While police can ticket drivers for talking or texting on a cell phone, many distracting activities are still allowed behind the wheel; in April of 2015, a bill that would have prevented drivers from reading the news and sending emails, tweets, and Facebook messages behind the wheel stalled in the state House. Around the country, bills are being introduced at the state government level aimed at filling in the gaps in laws written back when phones were made only for talking and texting, and features like internet access and GPS were a rare novelty.

What happens after a crash involving a distracted driver?

When a distracted driver causes a crash, they may face charges in both criminal and civil court. In criminal court, the driver may face punishment for operating a motor vehicle recklessly, with “willful or wanton disregard for the safety of persons or property.” If they injured or killed someone as the result of their recklessness, they may face charges for vehicular assault or vehicular homicide.

Meanwhile, if they caused significant damages to a victim, they may also face a lawsuit in civil court. Civil court is not about punishing a driver for violating a law, although the fact that they were committing a crime may play into the determination of who was at fault in an accident; civil lawsuits against distracted drivers are usually intended to recover damages like medical bills, property damage, time off work, and other expenses that a victim or the surviving family members may be dealing with as a result of the wreck. If you have been injured by a distracted driver and you have significant bills as a result of that person’s negligence, it may be time to speak with an experienced personal injury attorney.