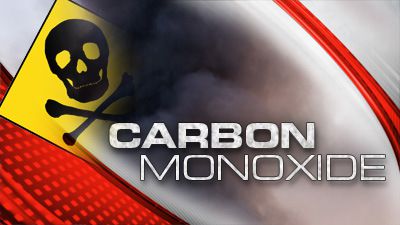 Officials have determined that an 11-year-old boy who was found unresponsive in a hotel room and was later pronounced dead was killed as a result of the same carbon monoxide gas exposure that killed an elderly couple from Washington state in the same room just two months earlier.

Police have discovered that both the boy and the elderly Washington couple had both stayed in the same hotel room at the Best Western Plus Blue Ridge Plaza in Boone, N.C. On April 16, police found 73-year-old Daryl Dean Jenkins and 72-year-old Shirley Mae Jenkins unresponsive in a second-floor hotel room. On June 8, authorities found 11-year-old Jeffrey Lee Williams unresponsive in the same hotel room, where he was staying with his mother Jeannie Williams.

Authorities have announced that an autopsy of Jeffrey Lee Williams indicated that he died from asphyxia, while his 49-year-old mother remained hospitalized at a nearby medical center and she is expected to survive.

Investigators were eventually able to determine the hotel room that both parties had stayed in was directly above a storage room that contains a natural gas heater used to heat up the water in the hotel pool. While the investigation is ongoing and therefore incomplete, the circumstances of the deaths suggest that the pool water heater may have contributed to the carbon monoxide exposure that killed them.

Some experts have highlighted the fact that the blood tests for the elderly couple from Washington state took as long as they did, considering that there was approximately two months between the deaths.

An investigation into inspection records related to the hotel involved showed that the Watauga County Health Department’s latest inspection of the hotel facility – which occurred earlier this year – found deficiencies in the Best Western’s indoor swimming pool. Documents dated March 6 show that the pump used for the water heater was not up to industry standards and that the pool’s chemical and equipment room was in need of more efficient ventilation.

Health department officials declined to issue a statement about the investigation, but police have indicated that they were unaware of the reports and that it would be left to the health department to follow up with another inspection.

“They’re intended to provide a warning of a serious malfunction,” says David Lipton of the North Carolina Division of Public Health. “If they go off, there’s a dangerous and potentially lethal amount of carbon monoxide in the air.”

Unfortunately it takes instances like these – an unfortunate death to multiple innocent hotel guests – to influence the awareness about the potential dangers in hotel rooms. However, it is troubling that the deaths of the elderly couple from Washington state was not enough to alert officials of a potential hazard, and now this poor young boy and his mother have suffered horribly as well.

Call the wrongful death attorneys at Davis Law Group to learn more about your legal rights after an fatal accident.