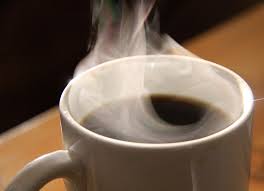 A Federal Way man has sued the Wendy’s restaurant chain, alleging he suffered serious burn injuries from a cup of hot coffee he purchased at one of the company’s Seattle-area locations in 2012.

According to the Seattle Post-Intelligencer, a man identified as Michael Chung of Federal Way filed a lawsuit earlier this month alleging that he suffered scalding burns after his cup of coffee fell off of a wobbly table at a Federal Way store. The extent and nature of his injuries were not detailed in the court documents, which were filed in King County Superior Court.

Chung claims that the restaurant chain was “careless and negligent” in maintaining a safe environment for customers, adding that Wendy’s failed to “use reasonable care to protect [customers] from hazardous conditions on the premises.”

Wendy’s has not formally responded to the lawsuit, and a spokesperson has not returned requests for comment on the lawsuit to the newspaper.

The details associated with this particular lawsuit against Wendy’s may sound oddly familiar to some, as a similar personal injury lawsuit in the early 1990s garnered a great deal of media coverage and public attention.

In 1992, then-79-year-old Stella Liebeck was leaving a McDonalds Drive-Thru in New Mexico when a cup of hot coffee spilled in her lap. She suffered serious burns to her legs and had to undergo emergency surgery to repair the damage that was done. Liebeck alleged that the coffee was served at such a dangerously high temperature that the company was responsible for her injuries.

Many criticized Liebeck for taking the case to court, arguing that she was responsible for spilling the coffee in her lap. But between the extent of Liebeck’s injuries and the lowball settlement offers that were made by McDonalds at the time, the case progressed and appeared to be heading to a civil trial. Liebeck and the company eventually reached an out-of-court settlement agreement for an undisclosed amount.

It will be interesting to follow Chung’s claim as it makes its way through the courts, as it has been a long time since the infamous case against McDonalds in 1992. What do you think about Chung’s claim? Share your thoughts with us in the comments below.