UPDATE (10/1/14 10:00 AM): The 10-year-old girl who was struck by two separate hit-and-run drivers in South Seattle Tuesday was upgraded from critical condition to serious condition on Wednesday morning, according to KING 5 news.

The girl remains in intensive care at Harborview Medical Center, and police are still looking for two vehicles - a maroon Chevrolet SUV and a gold Acura - similar to those depicted in the picture above.

According to local news reports, officers responded to the intersection of Martin Luther King Jr. Way S. and S. Genesee at approximately 6:30 p.m. after receiving reports of a child struck by a vehicle. When they arrived, they found the 10-year-old victim on the ground, apparently suffering from critical injuries.

Medics arrived at the scene and were able to stabilize the girl before rushing her to Harborview Medical Center in Seattle to be treated for her injuries. According to Seattle Fire Department spokesman Kyle Moore, the girl was unconscious and in critical condition when she arrived at the hospital.

Witnesses told police that they saw a red or maroon colored Chevrolet SUV strike the girl while she was crossing the road. They said that the girl fell to the ground from the initial collision and was then struck by a second vehicle described as a gold Acura Legend. Witnesses said both vehicles immediately sped away from the scene while they rushed to the girl’s aid.

As of late Tuesday night, police were still at the scene of the crash collecting evidence and statements from witnesses. Seattle police have urged the public to come forward with any information possible.

Davis Law Group once represented a pedestrian accident victim who was struck and killed by a truck driver at an intersection just a few blocks away from last night’s collision back in 2009.

Court documents say that on December 1, 2009, then-78-year-old Bernice Morgan had just left the Rainier Square Plaza Safeway store and was waiting at the northeast corner of Rainier Ave S and S Andover Street to cross the road. She had pressed the button for the signal and both the pedestrian signal and traffic signal illuminated at the same time.

A tanker truck driven by Charles Walsh, who was an employee of Milky Way, Inc. – a dairy transportation company operating throughout the Pacific Northwest – was attempting to make a right-hand turn at the time that Morgan had entered the marked crosswalk. The vehicle struck Morgan as she was attempting to cross the roadway, and she was pronounced dead at the scene by first responders. 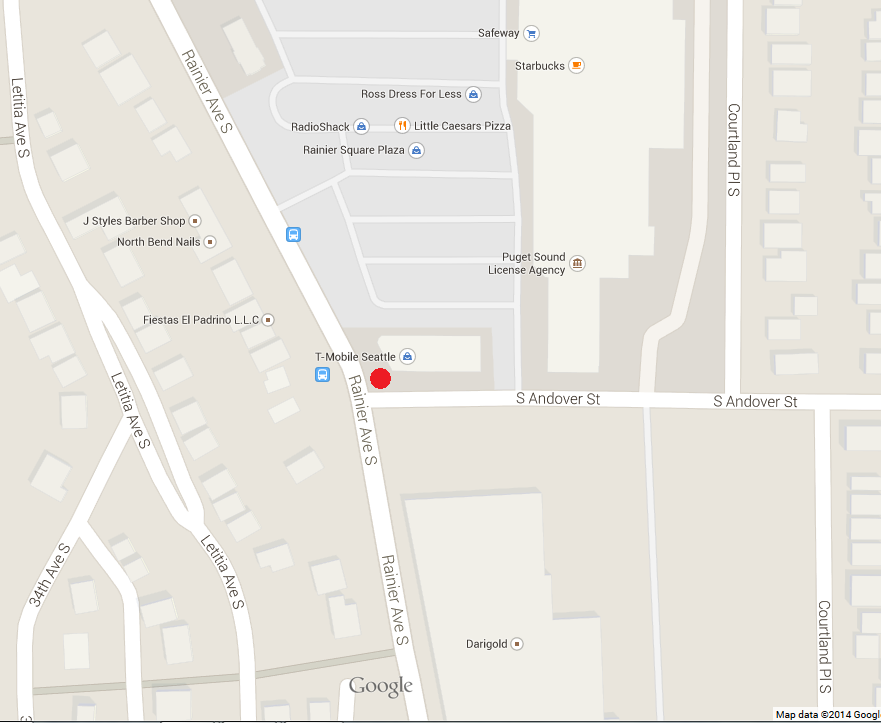 Mr. Walsh admitted in court documents that he never saw Morgan on the corner of the intersection waiting to cross the road before he began his right-hand turn. Furthermore, a witness testified that Walsh actually had his left-hand turn signal activated as he was preparing to make the right-hand turn.

Washington state law dictates that pedestrians who are lawfully within a marked crosswalk have an “exceedingly strong” right-of-way, and that pedestrians have the right to assume that drivers will respect that right-of-way. In Xiao Ping Chen v. City of Seattle (2009), the court ruled the following:

“A pedestrian cannot at one and the same time have a right to assume that the right of way will be yielded and a duty to look to make sure that it is. In the absence of circumstances which would alert the pedestrian rightfully in the crosswalk to the fact that an approaching vehicle is not going to yield, negligence cannot be predicated on his failure to look and see the vehicle in time to avoid the accident.”

This ruling set the precedent that drivers of motor vehicles have the duty to ensure that they give right-of-way to any pedestrian in a marked crosswalk. Official court rulings aside, this is just flat out common sense, as pedestrians are much more vulnerable to serious injury than a person inside of a multi-ton motor vehicle.

If you or a loved one has been injured in a pedestrian collision or any other type of car accident and are interested in learning more about the legal options available to accident victims, please contact Davis Law Group at 206-727-4000 or by filling out the contact form on this page.