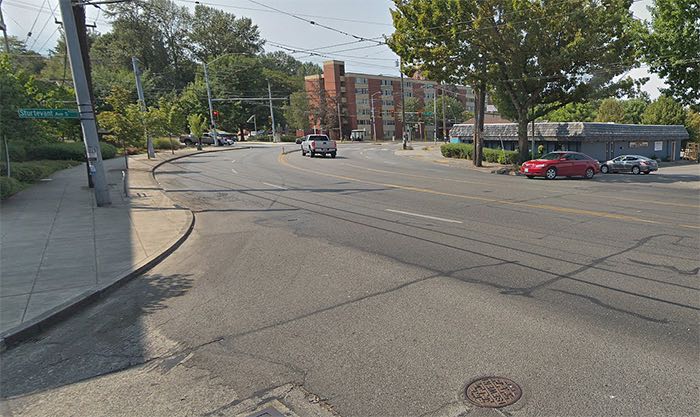 A bicyclist was struck and killed by a hit-and-run driver along Rainier Avenue South in the Rainier Beach neighborhood Monday, according to Seattle police.

The incident occurred around 5 p.m. in the 9200 block of Rainier Avenue at Sturtevant Avenue South.

Police say the bicyclist was attempting to cross Rainier Avenue when a white sedan traveling southbound struck the man and fled the scene. Emergency officials arrived to find the man horribly injured, and he later died at the scene.

The man's shoes were found about 60 feet apart. Investigators are hoping paint transfer from the white sedan will help them find the driver. Police believe the vehicle has extensive damage to its front end and windshield.

There is no crosswalk at Sturtevant and Rainier, though Seattle law states that any intersection is a crosswalk, even when there are no painted lines. Drivers are required to stop for pedestrians and bicyclists at these locations.

This incident is the third pedestrian or biker to be killed by a car in King County since Friday, and the seventh person hit by a car in the Seattle area in the past two months. Four people were killed in hit-and-runs in the past month.

Anyone with information about the bicycle collision is urged to call the Seattle police at (206) 625-5011.

The family of the victim would benefit from consulting with a bicycle accident attorney to learn more about their legal rights.