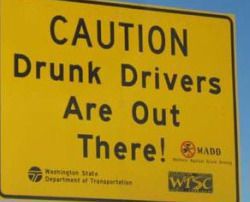 A woman drove for 17 miles going the wrong direction on Interstate 5 while highly intoxicated. The 60-year-old woman got on I-5 near Tumwater.

"At times she was reaching speeds over 100 mph," Washington State Patrol Trooper Guy Gill said. She was followed on Interstate 5 while troopers flashed light at her but she did not hesitate and continued traveling the wrong direction.

In order to stop a head-on collision, the southbound lanes of Interstate 5 in Tacoma were shut down. To stop the woman, troopers placed spike strips along the freeway near Joint Base Lewis-McChord.

"We had several near-miss head-on collisions," Gill said. "It's amazing that we didn't have a collision at some point. Obviously no one going southbound is going to expect to see a vehicle coming northbound in their lane."

The woman was arrested for investigation of DUI and several other charges. Gill believes that she had no idea what was going.

The attorneys at Davis Law Group have represented countless injured victims who have been in accidents with a drunk driver. Davis Law Group is also a strong supporter of Mothers Against Drunk Driving (MADD).

For every drunk driving accident case we successfully close, we donate $500 to MADD Washington to help support their mission of eliminating drunk drivers. Call our office today to schedule a free consultation (206) 727-4000.