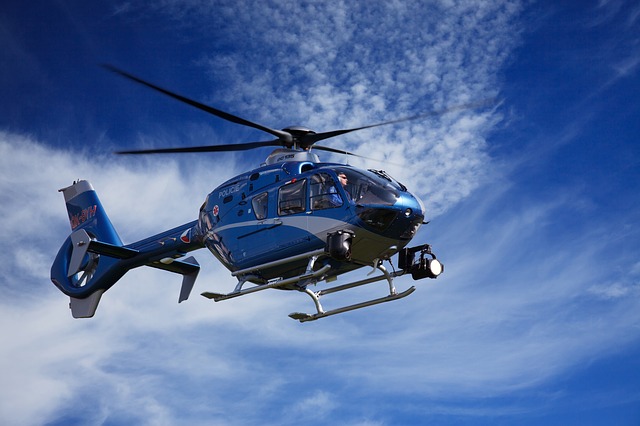 A helicopter accident in Yakima County on Friday is believed to have occurred while the aircraft was taking off after reloading its spray applicators. The crash injured the pilot and started a grass fire. The fire burned 1.5 acres before being put out by firefighters. The pilot was taken to a local hospital for treatment of his injuries and later released.

The helicopter, which was destroyed in the crash, was owned by J.R. Helicopters, of Umatilla, Oregon. The pilot was an experienced agricultural flier with seven years of experience. “I don’t attribute this (crash) to (the pilot),” a spokesperson for the company told reporters.

According to several news outlets, investigators believe that mechanical failure may have been to blame for the vehicle’s crash. The investigation is being handled by the Federal Aviation Administration and the National Transportation Safety Board; their final conclusions have not yet been released.

Friday’s crash happened just over a week after a helicopter owned by the King County Sheriff’s Office sustained damage during a search for a missing hiker and had to land with the assistance of the Yakima Fire Department at the Yakima Air Terminal.

While life flight, rescue, police, and news helicopters fly all year round, summer can be a busy time for helicopter pilots. The drier eastern parts of the state have seen an increase in serious wildfires in the summer months, necessitating the assistance of fire crews in the air as well as on the ground. Helicopters are also used commercially in the agricultural industry; they can be used for dusting crops, distributing seeds, and spraying fertilizer.

When an employee is injured on the job, his or her claim is usually handled through a system called Worker’s Compensation, run by their state’s Department of Labor and Industries. While some attorneys specialize in this field of law, these claims are usually handled without an attorney.

In some rare aviation cases, a federal law called the Jones Act may apply. The Jones Act applies to seamen, longshoremen, and other people who work on ships or at federal ports; it can also apply to helicopter and amphibian plane pilots who transport people on over-water flights to offshore facilities. Jones Act claims can be complicated, and injured workers often need an experienced personal injury attorney to help them navigate the complex insurance claim system.

In other aviation injury cases, even if the employee was injured on the job, a third party like the manufacturer of a plane or helicopter could be liable for that employee’s injuries. Due to the complexity of these cases, injured victims almost always need an experienced personal injury attorney to help them navigate this very complex legal process.