The big revenues at Seattle’s nonprofit hospitals.   Nonprofit medical facilities that are making billions/millions of dollars in earned income. 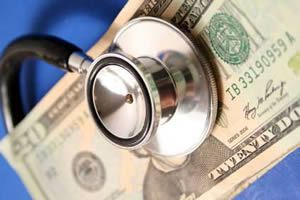 Nonprofit hospitals in Western Washington are respected members of the community.  They save lives during life-threatening emergencies; they help heal serious illness; and they provide good jobs for thousands of medical professionals.

And there are other ways that nonprofit hospitals differ from private businesses: they don’t answer to stockholders; they don’t compete on price; they don’t tell customers what they charge in advance.  Thus, there is no accountability.

Adam Searing, project director for the N.C. Health Access Coalition says. “they started as these social welfare experiments, with all this commitment. ... What they should work for is that no person has to go bankrupt or lose their house to pay their hospital bills.”
Critics say that nonprofit hospitals have become part of the problem by consolidating into large hospitals systems that negotiate ever higher payments from insurance companies.  The result is patients and employers end up paying more for treatment and insurance – in many cases a single medical emergency or catastrophe can be financially devastating to the patient and their families.

Despite the recession, all of Seattle’s nonprofit hospitals are more profitable than a decade ago.