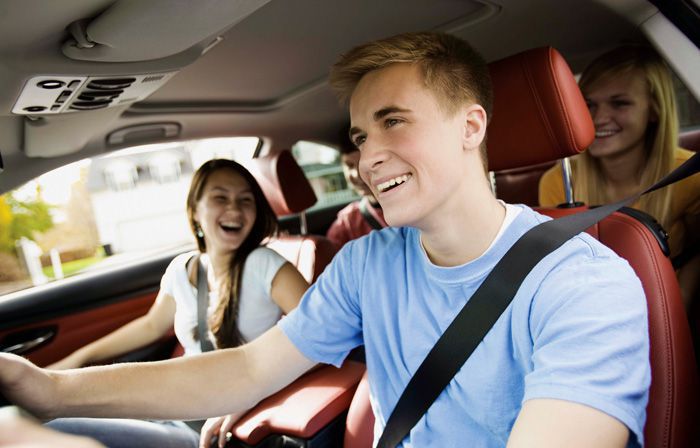 Police say a 16-year-old boy crossed the center line and caused a head-on collision with a van carrying seven people, including five children, Monday afternoon on Highway 2 in Skykomish.

Eight people in total were injured in the incident, which occurred about 13 miles east of Skykomish. The driver of the minivan was rushed to Harborview Medical Center in Seattle. The two adults in the van were sent to an Everett hospital, while five children in the van were all sent to a hospital in Monroe.

Washington State Patrol says the ages of the children were 9, 6, a pair of 3-year-olds and a 1 year old. The extent of their injuries is not known.

The police report says that neither drugs nor alcohol were suspected in the crash. The incident is still under investigation.

Teenagers are the most at-risk group for car crash fatalities. In fact, there was a spike in teen-involved crashes in 2016.

Teens were involved in 14,000 fatal crashes during the last five years, with nearly one-third involving speeding, according to a 2016 study by the AAA automobile club. The number of people killed in those crashes jumped to 4,689, from 4,272 in 2014, according to a report from the Governors Highway Safety Association funded by Ford Motor Company.

Teens are 1.6 times more likely to be involved in fatal crashes than adults, according to the report. Nearly two-thirds of the people injured or killed in a crash involving a teen are people other than the teen.

Need An Attorney After An Accident?

The age of the negligent driver can play a role in a car accident case. Attorney Chris Davis and the legal team at Davis Law Group, P.S., features lawyers with decades of experience representing auto accident victims across Washington State. We understand exactly how age can impact a case and we build our legal strategies accordingly.

If you or a loved one has been hit by a teenage driver, our lawyers can help. No matter what the situation, you can be confident in our ability to get you compensation. Our impressive record of verdicts and settlements is proof of our ability.

Contact us today to speak with an experienced Washington state personal injury attorney. For a free, no obligation case evaluation, call (206) 727-4000, use the chat feature below or fill out the form on this page.