Grandmother killed on her way to see granddaughter’s play 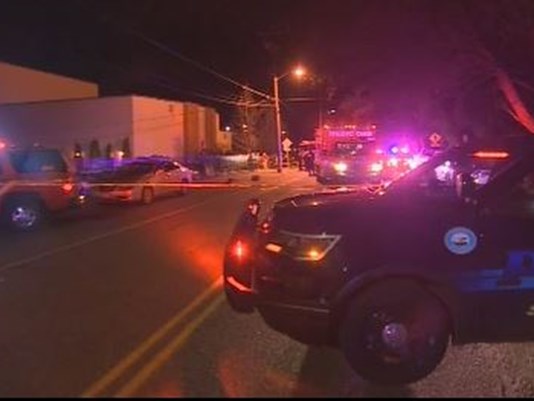 Emergency vehicles at the scene of the crash. Image source: KING5 News

A 60-year-old woman was killed while crossing the street in Burien, Washington on Friday night. The woman was walking on the way to a local performing arts center at Highline High School. She was on her way to see her granddaughter perform in the musical “Annie.” She was reportedly pronounced dead at the scene.

According to an eyewitness, the woman’s grandson was present at the scene and saw a bystander performing CPR on his grandmother before she was pronounced dead.

The driver fled the scene after the collision. Police are searching for the car that hit her. They have described the vehicle as a silver or grey sedan in a newer model. They believe that due to the forces of the impact, the vehicle is likely to have damage on its right front end.

Police have not yet released a description of the suspect. They have also not determined whether they believe that drugs or alcohol could have been factors in the fatal crash or the driver’s decision to flee.

A known safety problem, but no improvements forthcoming

The fatal incident occurred in the 200 block of South 152nd Street, near Highline High School. Residents told reporters that the intersection is known to be dangerous, and that drivers often travel at unsafe speeds in the area. Although local safety advocates have been trying to get flashing street lights and speed bumps installed, the city of Burien has yet to act to protect residents.

"A lot of people don't stop," Leon England, a resident familiar with the area, said of the intersection. Another resident told reporters, “People just speed. There are semis up and down this road where there’s not supposed to be.”

Highline isn’t the only local high school to experience pedestrian safety problems in or near school grounds. Schools all across the Puget Sound region have experienced problems with drivers speeding in school zones, ignoring traffic signals and crosswalks, attempting to illegally pass school buses, and making other dangerous moves on the road.

Pedestrian safety should always be an important priority—but it’s particularly vital in school zones, which see high volumes of foot traffic. Many of the pedestrians in school zones are young children; they’re often prone to behavior such as darting into the street, and they may be difficult for drivers in certain vehicles that are high off the ground to see. In cases like Friday’s incident, even when school isn’t in session, people may be headed into or out of a school building for after-school activities such as sports events, plays, and night classes.

All this means that drivers need to exercise particular caution around schools, whether or not school is currently in session. If you or your loved one have been injured in a school zone as a result of a negligent driver, it’s time to contact an experienced pedestrian accident attorney about your legal rights.