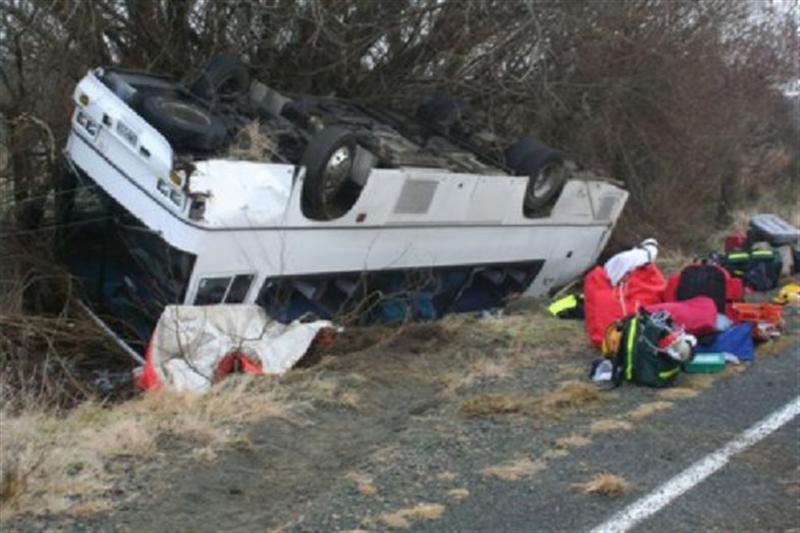 A group of 26 passenger bus companies operating on the East Coast’s Interstate 95 corridor were shut down by the Federal Motor Carrier Safety Administration (FMCSA) Wednesday for a series of passenger safety violations. Officials are calling it the greatest individual crackdown of the motor coach industry in the last decade, as the companies involved are collectively responsible for transporting 1,800 passengers each day throughout the East Coast.

The companies, which are based in Georgia, Indiana, Maryland, New York, North Carolina and Pennsylvania, operated approximately 233 individual bus routes, most of which either departed from or arrived in the Chinatown area of New York City.

The FMCSA’s actions come following a yearlong investigation about the passenger safety-related policies and procedures of three primary companies: Apex Bus Inc., I-95 Coach Inc. and New Century Travel Inc. Each of the three companies mentioned oversaw and managed a larger system of smaller bus companies. The smaller companies that were affiliated with the three companies were also targeted in the investigation.

Safety officials from the FMCSA and other organizations have found the regulation of these companies to be frustrating in past years, since a common tactic for these companies is to shut down their operations at the request of the government, then reopen under a different name and resume business.

Surprisingly, the motor coach industry transports approximately the same number of passengers as the airline industry – about 700 million people each year.

The companies were shut down for a variety of safety violations, which includes hiring drivers who didn’t have a valid commercial driver’s license (CDL) and failure to administer alcohol and drug tests to employees. The companies also reportedly operated buses that had not been inspected or repaired by regulation and violated work schedule and rest requirements for drivers.

The investigation was originally sparked by a series of deadly bus crashes on the East Coast during the spring of 2011. There were a reported 24 motor coach crashes last year, according to Advocates for Highway and Auto Safety, resulting in 34 fatalities and 467 injuries.

One of the culprits, for example, is Sky Express Inc. out of Charlotte, N.C. The company had been cited for 46 separate driver fatigue violations in just a two-year span, resulting in orders to shut down business. However, within just a matter of days, the company reopened under two new names, prompting the final shutdown order from the FMCSA.

The attorneys at Davis Law Group are highly rated and accredited as top personal injury attorneys in Washington State. Founder and principle attorney Chris Davis has represented many victims of bus accidents.

Call the Seattle personal injury attorneys at Davis Law Group at (206) 727-4000 to schedule a free, no obligation consultation.