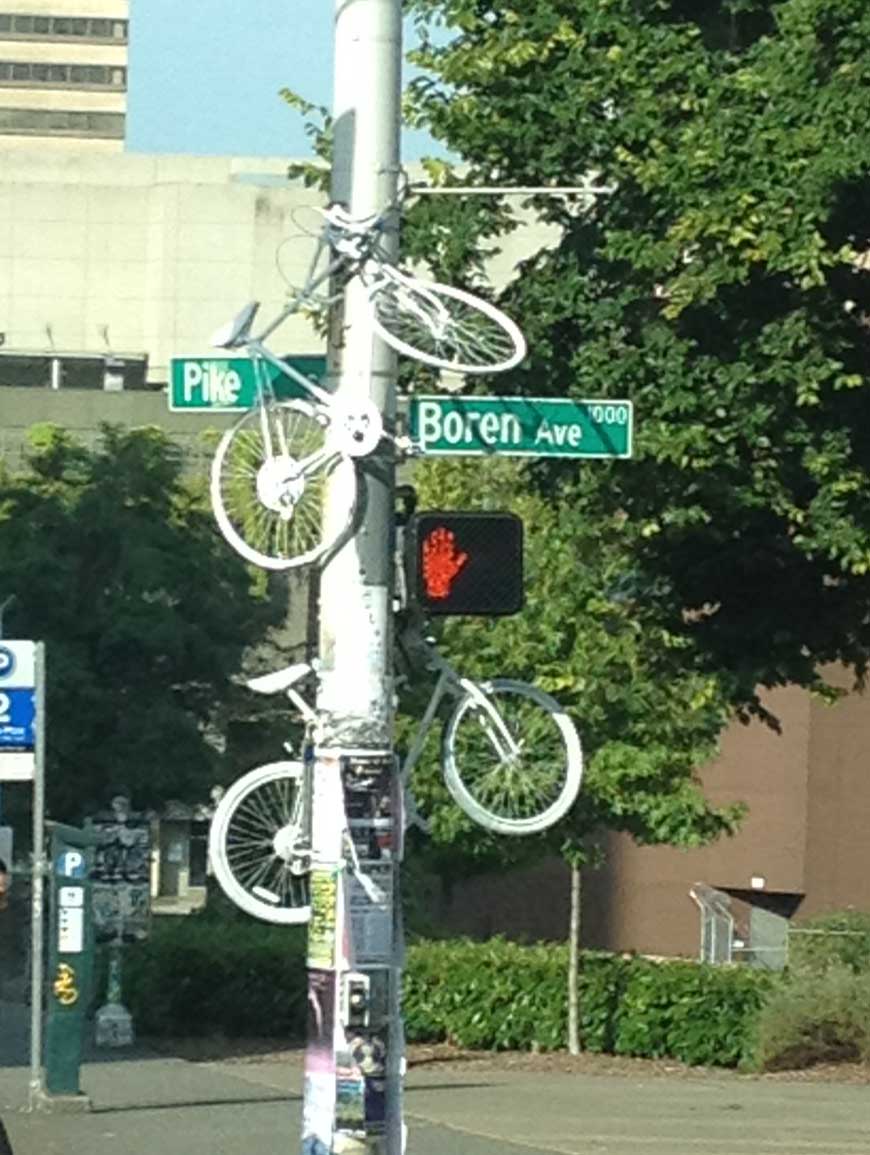 Thanks to bicycle activists in Seattle, a number of memorials are popping up around the city for bicyclists killed in traffic accidents in recent months. These memorials, or “ghost bikes,” are often painted white and adorned on street signs and light poles near intersections where fellow cyclists have been victims of fatal traffic accidents.

The “ghost bikes” come in all shapes, colors and sizes. Some are as simple as a painted wheel while others display fully-decorated bike frames with a helmet or other bike gear attached. The memorials reportedly started showing up approximately 10 years ago, and activists say they are also meant to serve as a reminder of the obstacles that cyclists face in sharing the road with motorists.

In Seattle, an 18-year-old bicyclist died after a collision with a van on Pike Street at Boren Ave back in June. The cyclist was not wearing a helmet when he ran into a van while riding downhill on Pike Street and was taken to Harborview Medical Center with life-threatening injuries. Above is an image of the “ghost bike” memorial that was erected in his memory.

The attorneys at Davis Law Group have handled a number of high profile bicycle accident cases. We work closely with the criminal prosecutor to make sure that all avenues, both criminal and civil, are being pursued. If you have been the victim of a bicycle accident in Washington State, contact the attorneys at Davis Law Group today by calling 206-727-4000.