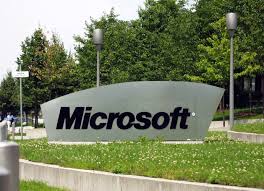 A man who formerly worked as a program manager for Microsoft has reportedly been charged with second degree rape after a janitorial employee working at the same company made statements to supervisors that she had been sexually assaulted by the man.

Police say that 36-year-old Vineet Kumar Srivastava is alleged to have lured the woman, who is a janitorial worker for a contract company called ABM, into his office at approximately 11 p.m. on July 22. The woman says that once she entered Srivastava’s office, he sexually assaulted her and got rid of physical evidence related to the assault.

A spokesperson for Microsoft has told news reporters that Srivastava no longer works for the company, and the man denies all charges and actually claims that the woman was the one who forced him to engage in sexual acts.

According to the woman, she attempted to report the sexual assault to one of her supervisors shortly after the incident is alleged to have occurred, but the supervisor reportedly discounted her accounts and did not report the incident to authorities. The woman then contacted a second superior, who reported the alleged sexual assault to authorities.

Detectives who interviewed the victim say she sustained bruising and other physical trauma that is consistent with her accounts of the alleged sexual assault. Srivastava has officially been charged with second degree rape, and has not provided any comments to news reporters about the allegations.

It is unclear if the fact that the supervisor put the victim in any further danger by ignoring her complaints. However, situations where a person in a position of power has failed to properly report allegations of sexual assault or abuse can potentially be construed as negligence and therefore may have an impact on an entity’s liability when a person is injured as a result of that negligence.