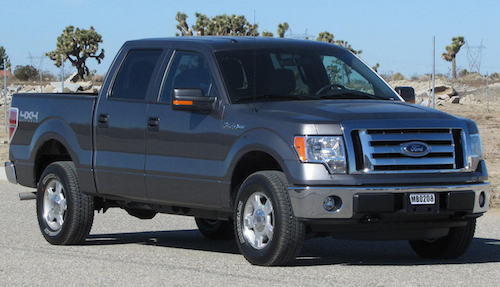 Ford has issued a recall for its best-selling F-150 pickup trucks after several accidents were caused by unintended downshifting.

According to Ford, the F-150s with six-speed automatic transmission may experience "an intermittent loss of the transmission output speed sensor signal to the powertrain control module, potentially resulting in a temporary, unintended downshift into first gear."

Ford says that a sudden downshift into first gear without warning could result in a loss of control. Ford says it is aware of at least five accidents, including one resulting in “whiplash.”

The recent recall affecting F-150s is not the first to plague Ford’s most popular truck.

In 2018, Ford recalled 2 million F-150 Regular Cab and SuperCrew Cab trucks after discovering a fault with the seat belt pre-tensioner, the mechanism that tightens seat belt slack in an accident.

Also in 2018, Ford recalled many F-150 models because of a transmission issue that could have resulted in the vehicle rolling away after being parked.

A basic part of an auto defect case boils down to the following: what makes a car part defective?

Essentially, a defective auto product fails to execute the task it was designed for. There are basically no limits as to why an auto part can become defective, including:

In an auto defect lawsuit, the vehicle is the most important piece of evidence. And in order to prove one of these claims against the manufacturer, your attorney must prove that:

If you or a loved one has been seriously injured due to a defective automobile or car part, contact Davis Law Group at (206) 727-4000 for a case review or to schedule a free legal consultation.