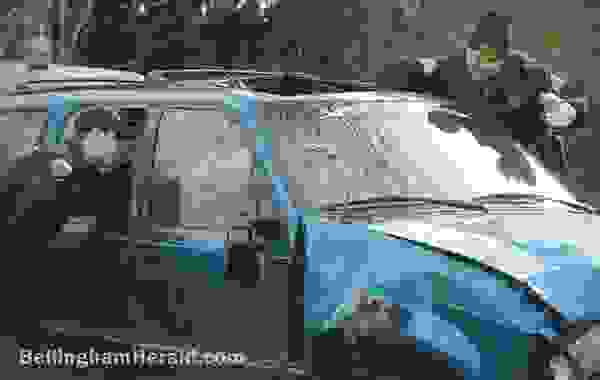 A man from Ferndale was killed in a single-vehicle car accident Tuesday morning after he lost control of his vehicle on an icy roadway and rolled his SUV.

Washington State Patrol (WSP) troopers say the man, 52-year-old Salvador Hueso-Davila, was driving a 1994 Ford Explorer northbound on Portal Way near Interstate 5 when a patch of ice caused his vehicle to exit the roadway. The vehicle rolled at least once and eventually came to rest on the driver’s side in a shallow ditch.

A witness pulled over and called 911 to report the collision, at which point the vehicle was about 100 feet away from the roadway. The witness noticed that the vehicle was still warm, but did not see anyone inside or near the vehicle. After emergency crews arrived, they found that Hueso-Davila had been pinned beneath the roof of the car and was hidden from sight.

WSP officials say that Hueso-Davila was pronounced dead at the scene of the accident. Based on their investigation, troopers believe the man was not wearing his seat belt and was ejected through the broken moon roof of the vehicle.

Overall, the vehicle only sustained minor damage, and troopers say drugs or alcohol are not believed to have been a factor in the crash. Portal Way was reportedly slick with several patches of ice at the time of the accident, and WSP officials say Hueso-Davila may have been driving too fast for the conditions.