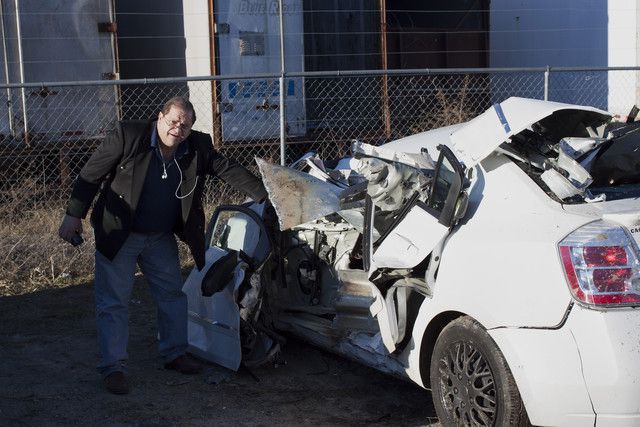 A jury in East Texas ruled on Monday that one of the country’s leading guardrail manufacturers defrauded the government by failing to disclose changes in their product that compromised the safety of drivers on American roadways.

The case against Trinity Industries was initially brought to light by a so-called “whistleblower” by the name of Joshua Harman, who accused the company of intentionally omitting design changes that drastically reduced the effectiveness of the guardrails in the event of an auto accident.

According to court records, Trinity Industries got approval from the federal government for its ET-Plus series of guardrails back in 2000 and began equipping many of the nation’s major highways with the product, which was designed to better absorb impact and reduce the likelihood of serious injuries in a motor vehicle collision.

But in his lawsuit against Trinity, Harman alleges that the company made changes to the guardrail systems sometime around 2005 – approximately five years after they had gotten approval from the government – without alerting federal authorities of those changes.

He also argues that those changes cause the ET-Plus guardrails to lock up rather than absorbing impact, which places anyone involved in a collision with the guardrail at risk of serious and possibly fatal injuries.

Harman’s claims stem from a serious collision that occurred in North Carolina earlier this year; a man named Darius Williams was driving at speeds of up to 80 mph on a major freeway when he lost control and crashed into the guardrail, which happened to be one of Trinity’s ET-Plus models. Rather than absorb the contact, the guardrail locked up and pierced the driver’s door panel before striking Williams and throwing him into the back seat of the car.

Harman, a self-declared traffic safety advocate, happened to drive by the scene and noticed the jagged end of a guardrail flared out toward the roadway. His preexisting interest in guardrails and understanding of the industry led him to the discovery that the company had reduced the size of the guardrails’ end terminals, which are designed to help absorb shock.

Internal emails showed that the reduction in size was a cost-cutting measure that would save Trinity approximately $50,000.

For its part, Trinity Industries has repeatedly argued that it did not alert federal authorities of the guardrail modifications because they were “cosmetic changes” that did not require new approvals. The company added that Harman, a former competitor of Trinity, was sued for patent infringement in 2011 and has since scaled down his business significantly.

Attorneys representing Trinity Industries portrayed Harman as an “opportunistic litigant” who was apparently seeking revenge against the company. But a U.S. District Judge ruled that Harman’s experience in the industry makes him qualified to act as a whistleblower against the company.

Trinity has admitted that it “inadvertently omitted” information in documents required to be sent to the Federal Highway Administration (FHWA) about the changes to the ET-Plus series. However, jurors ruled earlier this month that Trinity Industries was guilty of making false statements to the government and ordered the company to pay $175 million in damages.

The law dictates that False Claims Act (FCA) cases typically involving a whistleblower who alleges fraud against the government the damages are tripled – in this case, the $175 million fine would be increased to $525 million. Harman, under the same FCA laws, will be eligible to recover up to 25 percent of the damages.

FCA cases usually involve an employee or contractor who has inside knowledge of attempts to defraud the government and becomes a whistleblower against the company they work for or dealt with previously. The fact that the judge ruled Harman was a qualified whistleblower, even though he likely had some level of bias as a former competitor of Trinity Industries, shows just how much the government cares about eliminating this type of fraud.