Fatal Vancouver DUID Accident Believed to be First since I-502 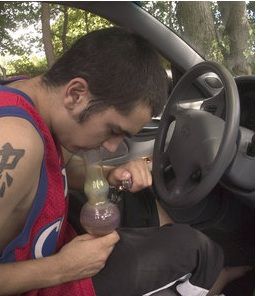 Officers with the Vancouver Police Department in southern Washington reportedly arrested a man on suspicion of driving under the influence of marijuana Monday evening after a fatal pedestrian accident in the area. Police believe this is the first fatal marijuana-related crash in the state since Washington legalized the drug with the passing of Initiative 502 in November.

According to reports from police the victim, identified as 62-year-old Donald Collins from Vancouver, was walking home from the grocery store near East Mill Plain Boulevard and Andresen Road just before 6 p.m. Monday when he stepped out into the road, likely in an attempt to cross. A 47-year-old man, identified as Scotty Rowles, was driving westbound when Collins entered the roadway and was hit by Rowles’ vehicle.

Police say Collins elected to cross the street in an unmarked area despite the fact that there were two marked and lit crosswalks at nearby intersections, and that Rowles had little or no time to avoid the collision because Collins spontaneously entered the roadway. By law, this would put the fault on Collins for deciding to cross the street at an unmarked area where pedestrians would not be expected to cross.

After the crash, officers responding to the scene noticed that Rowles’s eyes were red and watery. He told an officer that he had allergies and had smoked a bowl of marijuana an hour or so earlier. The officer was reportedly trained to recognize drug impairment, noticed a scent of marijuana and that Rowles had raised taste buds on his tongue, indicating signs of impairment.

Driving Impaired Puts You At Fault

Based on these findings and some problems with Rowles’ field sobriety test, police found it reasonable to arrest him on suspicion of vehicular homicide and driving under the influence of drugs (DUID). Prosecutors are reportedly still working to determine the charges against Rowles, who is being held with no bail and is scheduled for arraignment on December 28.

As mentioned earlier, the fact that Collins entered the roadway in an unmarked area and Rowles had no time to react to the pedestrian, the law states that Collins would be at fault. However, because police have reason to believe that Rowles was under the influence of marijuana at the time of the pedestrian collision, the fault would actually fall on Rowles because driving under the influence is against the law.

While it would appear that Rowles is at fault for DUID and subsequently causing a fatal pedestrian accident, the pending blood analysis is a crucial component of this case. According to reports, prosecutors won’t have the results of the analysis for as long as several weeks. If convicted, this would be the first traffic fatality involving marijuana use since the drug was legalized December 6.