1 Killed as Semi Truck, Cars Collide on I-5 Near Conway 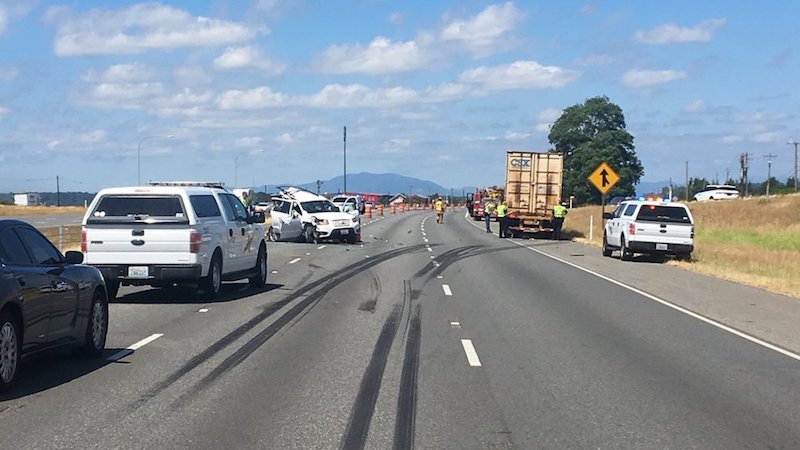 If you are looking for information about the April 30, 2019, crash in Conway, click here.

One person was killed in a collision involving a semi truck and two cars on Interstate 5 near Conway in Skagit County, according to the Washington State Patrol.

The incident occurred in the northbound lanes of I-5 near the State Route 534 interchange at about 1:15 p.m. A semi truck failed to stop for traffic that had backed up near a construction zone. The semi rear-ended a car, causing it to crash into the vehicle in front of it.

The collision resulted in a four-mile backup. All lanes of traffic are closed indefinitely.