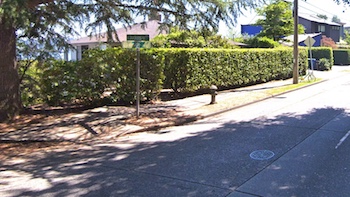 A pedestrian was struck and killed by a vehicle in Seattle’s Leschi neighborhood Wednesday night, according to the Seattle Fire Department.

Officials say a 40-year-old man was struck, run over and became trapped under a Mazda sedan. Firefighters were able to free the man and medics performed CPR, but he was pronounced dead at the scene.

The driver of the Mazda was evaluated by a drug recognition expert (DRE), but showed no signs of impairment. The driver cooperated with investigators, was questioned, then released.

Police have not said what led up to the crash and the incident remains under investigation.

For nearly 25 years, attorney Chris Davis of the Davis Law Group has represented the families of fatal pedestrian accident victims throughout the Seattle metro area. With all that’s involved in a wrongful death claim following a pedestrian accident, families would be wise to consult with an experienced attorney with a background in these types of accidents.

Davis Law Group has a proven track record defending the rights of pedestrian accident victims and their families. Mr. Davis has recovered tens of millions of dollars in financial compensation for victims, and works tirelessly to maximize your injury or wrongful death claim.

Not ready to hire an attorney just yet? Simply looking for information on the legal process? Mr. Davis has authored two books related to fatal pedestrian accidents, which he gives away free to Washington state residents. The Essential Guide To Wrongful Death Law In Washington State explains wrongful death cases, and Right of Way: The Essential Guide to Pedestrian Accident Law explains pedestrian accidents.

Both books are excellent resources for victims and their families after a tragic pedestrian collision.

If you have been seriously injured in a pedestrian accident, contact Mr. Davis and the award-winning legal team at Davis Law Group at (206) 727-4000 to schedule your free legal consultation.