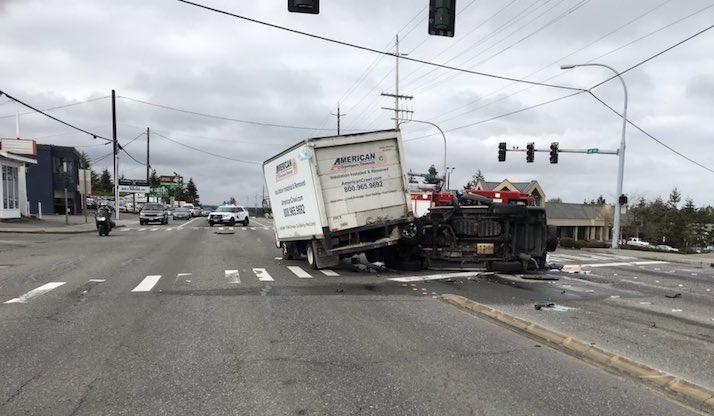 At least one person was killed in a crash with a box truck on State Route 99 in Lynnwood on Friday morning, according to the Washington State Patrol.

The incident occurred around 8 a.m. in the southbound lanes of SR 99 at 156th Street Southwest.

The driver of the Pathfinder was pronounced dead at the scene. The driver of the box truck, as well as his two male passengers, suffered minor injuries and were transported to Providence hospital.

Motorists are advised to avoid the area. The southbound lanes of SR 99 are expected to be closed for several hours for the investigation and cleanup.