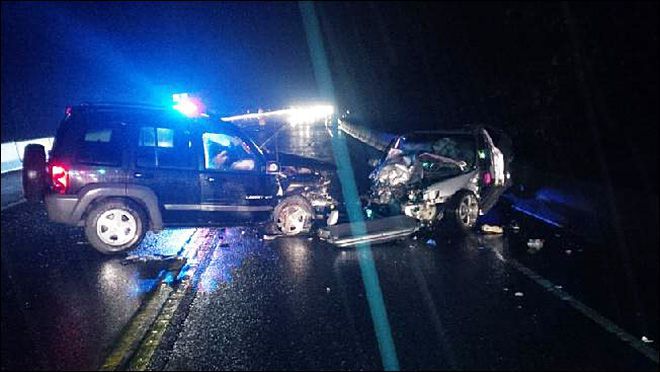 Officials with the Washington State Patrol (WSP) say that a man was killed after his vehicle was struck head-on by another car on Highway 10 near Cle Elum Sunday evening.

According to KNDO news, the car accident occurred at approximately 5:30 p.m. Sunday. Investigators say a 22-year-old man from Thorp, identified as Bobby Owens, was driving eastbound on Highway 10 when he crossed the centerline and struck a vehicle heading the opposite direction head-on.

Inside the second vehicle was a 54-year-old Seattle man named Paul Rodgers. He was pronounced dead at the scene by first-responders. A passenger in Rodgers’ vehicle, 46-year-old Michelle Dubois, was injured in the crash and transported to Kittitas Valley Hospital for treatment of her injuries.

Owens and a passenger in his vehicle, identified as 27-year-old Jennifer Look of Thorp, suffered undisclosed injuries in the collision and were transported to Harborview Medical Center in Seattle.

There was no additional information regarding the extent of their injuries, though patients are typically taken to Harborview when they are suffering from more serious injuries.

Being that the police reports for this particular crash indicate that Owens crossed the centerline and hit Rodgers’ vehicle head-on, there is a high likelihood that the liability for Sunday’s fatal crash will be placed on Owens. The Washington State Patrol also indicated that they suspect drugs and/or alcohol was a factor the crash, which would make it even easier to find Owens liable.

Anyone interested in learning more about how to pursue a wrongful death claim may contact the attorneys at Davis Law Group in Seattle for a free legal consultation. We’ll help you determine if hiring a personal injury lawyer for your case is in the best interests of you and your loved ones.

1 Comments
Paul was a wonderful brilliant man. I am outraged that through someones selfish and careless action my friend is gone!
by Steve August 18, 2015 at 01:18 AM
Post a Comment