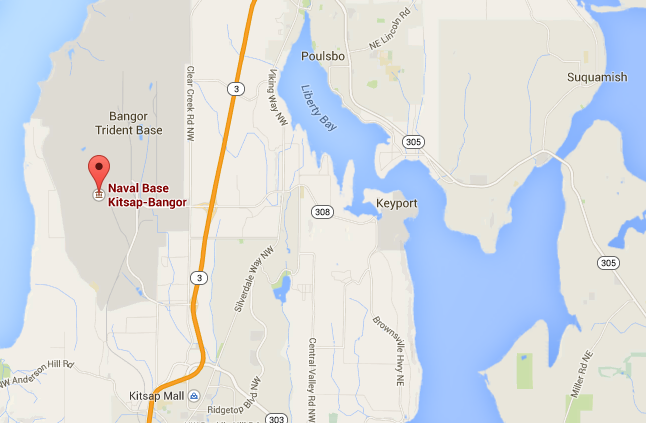 A subcontractor employee working at the Naval Base in Kitsap was reportedly killed in a boating accident on Thursday night.

According to the Kitsap Sun, the victim has been officially identified as 50-year-old William Smith. Smith reportedly worked in the security department for Homeland Security Solutions, Inc. (HSSI), which is a subcontractor hired by Chugach Federal Solutions to provide support on the military base.

According to a spokesperson for Chugach Federal Solutions, the details surrounding the boat accident that took Smith’s life will not be released until officials from both the company and the Navy complete their own investigations. The Kitsap County Coroner’s Office did say that the official cause of death was deemed to be saltwater drowning.

The Kitsap Sun says that Smith had worked on the Naval Base for a different company before HSSI took over the contract, which is when he began working for the subcontractor.

“He’ll be sorely missed,” said spokesperson Mike McGuire. “We hope that the family and their loved ones will be able to endure this loss.”

When Serious Accidents Occur On the Job

It’s important for accident victims and their loved ones to understand the legal rights and options that they may potentially pursue after an on-the-job accident which results in serious injuries.

Washington state law prohibits a person from pursuing legal action against their own employer for an accident that occurred in the course of the injury victim’s employment. The state worker’s compensation system – often referred to as L&I – is specifically designed for handling these claims and operates through different channels than most civil injury claims.

However, when someone is injured on the job – regardless of the severity of the injury – and the person or entity responsible is not the person’s direct employer, their claim may potentially be an exception to state worker’s compensation laws. If Smith’s death was due to the negligence of another person or entity outside of HSSI, then his surviving loved ones may have legal options for recovering the damages and loss of support.

Of course, only a qualified wrongful death attorney will be able to truly evaluate the many possible factors that would affect the success of pursuing a claim. It may be in their best interests to consult with an experienced lawyer who has a history of success in wrongful death claims.