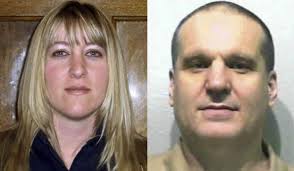 The family of former corrections officer Jayme Biendl filed a wrongful death lawsuit earlier this week against the state Department of Corrections (DOC) and the prison’s former superintendent, alleging that various systemic failures led to her murder in January 2011.

Biendl was killed by an inmate while on duty at the Washington State Reformatory in Monroe. According to court documents, she was strangled to death January 29, 2011 by an inmate named Byron Scherf. At the time, Scherf was serving a life sentence for multiple attacks on women and had recently been moved to a medium security area of the prison, which allowed him to volunteer in the chapel.

The wrongful death lawsuit places the blame of Biendl’s murder on the state for allowing Scherf to volunteer at the chapel when he should have been considered a high-risk inmate. Investigators have found that the prison had no protocol, policies or screening procedures in place to determine if an inmate was qualified to volunteer in the chapel.

According to news reports, former Monroe Correctional Complex Superintendent Scott Frakes is also being accused of not conducting regular performance reports on his staff. Scherf may possibly face the death penalty after he admitted responsibility for Biendl’s death.

When Scherf was interviewed by investigators after the murder, he admitted that he ambushed Biendl in the chapel and that he used an amplifier cord that he wrapped around her neck to choke her to death. It is possible that due to the shift change of guards at that time that security wasn’t as strong as it should have been and the whereabouts of guards as they end of their day at work is unknown.

As a result, “Jayme Biendl was beaten, strangled, and killed. She experienced substantial pre-death pain and suffering, terror and anxiety. James and Jacquelyn Hamm lost their daughter and their other children lost their sister,” Seattle attorney Rebecca Roe stated in court documents.

"The biggest issue from the get-go has been how in the world was Scherf in the position he was in, where he could be alone with a female officer given his history, which (DOC) knew," Roe added.

In the months leading up to the inmates attack and murder, Biendl had allegedly complained and tried to alert her superiors of the safety issues she saw with the inmates. It has been discovered that Biendl made multiple reports about poor radio communications, inadequate lighting and lack of surveillance, but was ignored.

An internal investigation was placed on the prison to try and find an answer as to why Scherf was downgraded to medium security when he should have always been categorized as a high-risk offender, especially towards female employees.

Following the murder three correction officers were fired but after further investigation they were given back their jobs because no one in particular was at fault. Frakes is also being sued due to the amount of reports filed on safety precautions that he ignored.

Since Biendl’s death the prison has made some changes to their protocol. There has been an increase in shift changes, increase of staff times when inmates are most active and more emphasis on the screening of inmates upon arrival of the prison. One can only hope these adjustments and changes will increase the safety for all at the corrections complex in Monroe.