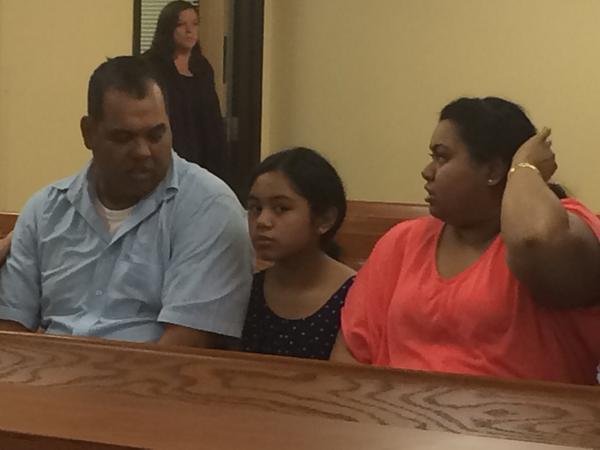 The family of a third-grade girl who was injured during an accidental shooting in an elementary school classroom in Bremerton has agreed to settle a lawsuit against the school district for $1.2 million.

According to news reports from KING5.com, the Bremerton School District has agreed to pay $900,000 to the Bowman family. The remaining $300,000 will reportedly come from the owner of the gun.

For those unfamiliar with the case, nine-year-old Amina Bowman was shot when an eight-year-old classmate brought a gun to school in his backpack. The gun, which belonged to the boyfriend of the boy’s mother, allegedly went off while it was still inside of the backpack.

The bullet struck Bowman in the stomach, and she was rushed to a nearby hospital to undergo emergency surgery. She survived the serious injuries, but her family says she still suffers from anxiety and will require medical and psychological support throughout the rest of her life.

Bowman’s parents reportedly filed a lawsuit against the school district shortly after the incident occurred, alleging that they failed to do enough to protect the safety of the students they were responsible for. According to news reports, seven of the 21 students in the class had overheard the boy talking about bringing a gun to school, reportedly because he had been bullied by other students.

“School should be the safest place, other than a child’s home,” said Amina’s father, John Bowman. “Unfortunately it’s not.”

In response to the settlement being announced, the girl’s parents said that no amount of money will make up for the pain suffered by the family, but that they were relieved Amina would have the support she needs to recover from the incident.

The parents also added they hoped that the lawsuit would make the school evaluate its procedures for handling the issue of kids responding to bullying with weapons. Perplexingly, however, a school district spokesperson reportedly told KING5 that “no policies were changed as a result of the shooting.”

The district’s official announcement read in part: ”The District is very pleased that a settlement has been reached in this case.  We look forward to moving ahead for the families and staff involved.  This real life example demonstrates how important safety drills are so we are prepared to respond quickly when unpredictable events happen.  Because of these drills, every student and staff member acted calmly, professionally and did their jobs admirably.  We continue to send our thoughts and prayers to the family and Amina for her continued recovery.”

Naturally, such a large lawsuit against a public school district is going to incite some controversy among taxpayers in the public. But as one Twitter user found out, these types of situations are exactly why the district has a liability insurance policy:

@OlyHalfFanatic @KING5Seattle Insurance. The district says educational programs will NOT suffer b/c of settlement.