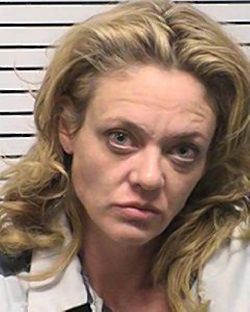 Several media tabloids have reported Tuesday that the family of late-actress Lisa Robin Kelly has filed a wrongful death lawsuit against the drug rehabilitation facility that she was enrolled at when she died from a drug overdose last year.

News reports indicate that the family filed the lawsuit on June 9 with the Superior Court of California, located in Los Angeles. The suit names Pax House LLC and the owners, James and Marcia Burnett, as defendants in the suit and alleges that their negligence resulted in Kelly’s wrongful death.

“Plaintiffs are informed and believe, and thereupon allege, that each of the Defendants designated herein as DOE was, and is, negligent, or in some other actionable manner, responsible for the events and happening hereinafter referred to,” reads an excerpt from court documents filed Monday. “And thereby negligently, or in some other actionable manner, legally and proximately caused the hereinafter described injuries and damages to Plaintiffs.”

The actress, who had struggled with substance abuse over the years, died in her sleep on August 15, 2013 and was just 43 years old at the time of her death. Within just a few months, the coroner had determined that the cause of death was “multiple drug intoxication,” and that the drugs had been ingested orally.

Wrongful death claims typically require a greater burden of proof in order to have a successful outcome, and this is often particularly true when substance abuse is a contributing factor in the claimant’s death.

According to the lawsuit filed by Kelly’s surviving family, Pax House LLC was “carelessly and negligently owned, managed, and operated” in addition to being “negligent in the hiring, retention, training, and supervision of their agents, employees, servants, and/or independent contractors whom they assigned to care for patients.”

As far as damages go, Kelly’s Estate is seeking to recover compensation for past and future medical and professional expenses, as well as legal fees and any additional relief that may be determined necessary by the court.

Kelly, who was a star on the hit television program That 70’s Show, has reportedly struggled with substance abuse and addiction for years. RadarOnline.com reports that this was the actress’s 20th stint in a rehabilitation center intended to treat her for drug abuse.