Driver Who Stopped for Ducklings Sentenced to Jail for Fatal Crash 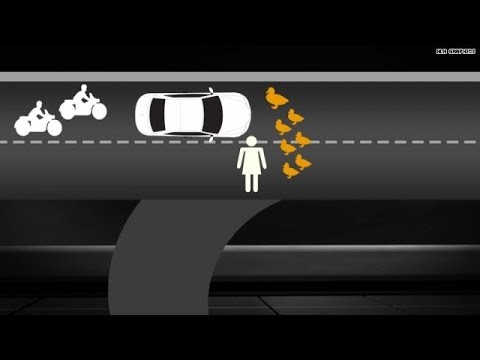 A 26-year-old Canadian woman was sentenced on Thursday to 90 days in jail, community service and a suspended license for her role in a deadly motorcycle accident that killed a man and his teenage daughter in 2010.

According to USA Today, Emma Czornobaj drove west on Highway 30 in a suburb of Montreal back in June 2010 when she noticed a group of seven ducklings in the road. She reportedly stopped her Honda Civic in the left lane of the highway to check on the ducklings, which caused a motorcyclist to crash into the back of her vehicle.

The collision killed 50-year-old Andre Roy and his 16-year-old daughter Jessie Roy, who was riding on the back of the motorcycle when the crash occurred.

Czornobaj told police investigators that she had activated the flashing hazard lights on her vehicle to alert other drivers on the highway. However, witnesses testified in court that they did not see any flashing lights.

On June 20th of this year – almost four years after the crash initially occurred – a Canadian jury found Czornobaj guilty on two counts of criminal negligence causing death and dangerous operation of a motor vehicle leading to death. In total, she faced a potential lifetime jail sentence for the charges.

While Czornobaj’s defense attorney admitted that his client’s actions were “stupid,” he maintained throughout the case that she did not act with any ill will. The prosecutor for the case recommended that the defendant serve nine months in prison and 240 hours of community service, but Canadian news outlets reported Thursday that she was hit with just a 90-day jail sentence. Czornobaj will also serve 240 hours of community service and have her driver’s license revoked for 10 years.

This case has addled many in Canada and throughout the world, with many claiming that the sentence is much too harsh for a young woman whose intention was to help a group of innocent ducklings cross the road. While it may sound like a harsh penalty, the reality is that Czornobaj did put other motorists at serious risk when she stopped in the middle of the “fast-lane” of a major highway.

That risk is obviously evidenced by the fact that a man and his teen daughter were killed after crashing into the defendant’s vehicle. As the saying goes, hindsight is 20/20 and no one could have predicted that such a seemingly well-intentioned act would result in such a tragedy. But from a legal standpoint, the risk created by her stopped vehicle was extraordinarily high.

It’s also important to keep in mind that this case was in Canadian jurisdiction and was therefore subject to Canadian laws, which are different from traffic laws in the United States. We do not have as direct a law in Washington state, and therefore it is unclear what the legal outcome would be if a similar situation were to unfold here.