Four Injured, Hospitalized In I-90 Crash Near Ellensburg 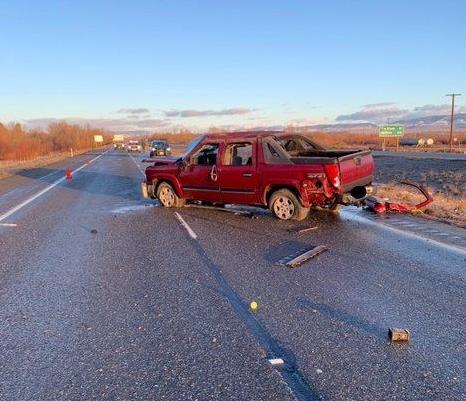 Four people were injured and had to be hospitalized after a single-vehicle collision which occurred on Interstate 90 near Ellensburg on Monday.

According to news reports, the accident occurred in the westbound lanes of I-90 just past milepost 106 near Ellensburg. The crash was so severe that it shut down several miles of the interstate in both directions for several hours.

All four occupants of the vehicle were injured in the crash. Two of the injured victims were taken to a nearby hospital in Ellensburg, while the other two had more severe injuries and had to be transported to Harborview Medical Center in Seattle.

Car accidents can leave victims with mounting medical bills and a loss of income due to missing time at work after the incident. Washington state law permits injured victims to recover financial compensation for their injuries after a crash that causes them physical, emotional, and/or financial harm through no fault of their own.

For passengers who are injured in a single-vehicle collision, the driver of the vehicle is often found to be at-fault in causing the collision. There are exceptions to this, such as instances where a driver swerves to avoid an animal in the roadway or loses control of the vehicle due to an equipment malfunction.

Next Steps For Pursuing An Injury Claim

The results of the police investigation into this collision should paint a clearer picture of what factors may have contributed to the incident and who may be held legally responsible. If it is determined that the driver of the vehicle involved in Monday’s crash was at fault, the passengers may pursue a bodily injury claim against the driver’s auto insurance policy.

The best course of action for anyone injured in a car accident depends upon the specific details of that incident and the unique factors at play. The top-rated attorneys and legal staff at Davis Law Group offer a complimentary case review to accident victims, which can help victims better understand their legal rights and make the best decisions about how to pursue with a claim.

Call our office in Seattle at (206) 727-4000 or use the confidential contact form on this page to request a free legal consultation with our award-winning team today. We will work with you to better determine if hiring our team of lawyers might be in your best interests.