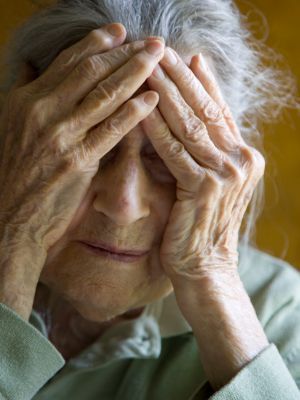 An 87-year-old resident of a nursing home in California died when a nurse at the facility refused to give the woman CPR after the elderly woman collapsed.

Reports indicate that the Glenwood Gardens nursing home’s on-duty nurse called 911 and was on the phone with an emergency dispatcher for approximately seven minutes while the woman’s condition worsened. According to an audio recording of the call, the operator pleaded with the nurse to perform CPR on the elderly woman – identified now as 87-year-old Lorraine Bayless – but the nurse apparently refused.

“I understand if your boss is telling you, you can’t do it,” says the dispatcher during the call. “But…as a human being, you know, is there anybody that’s willing to help this lady and not let her die?”

“Not at this time,” said the nurse.

Following the elderly woman’s death, Jeffrey Toomer – the executive director of the nursing home – defended the nurse’s actions and explained that she followed Glenwood Gardens’ protocol.

“In the event of a health emergency at this independent living community, our practice is to immediately call emergency medical personnel for assistance and to wait with the individual needing attention until such personnel arrives,” Toomer explained. “That is the protocol we followed.”

Some legal experts contend that the assisted living facility may have had a no-CPR policy in place to protect it from liability in the event that something goes wrong while an employee is providing care. However, because of California state law, there is very little chance that the facility would be held liable in the first place.

Like many states in the U.S., California has a “Good Samaritan” law that protects citizens who attempt to help others out of good faith. Per the state law, “No person who in good faith, and not for compensation, renders emergency medical or nonmedical care at the scene of an emergency shall be liable for any civil damages resulting from any act or omission.”

Essentially this means that if something had gone wrong, the facility likely would have been protected by the “Good Samaritan” law. However, because the nurse actually refused to provide Bayless with medical attention, they could face a wrongful death lawsuit.

There are a number of elder abuse laws that hold these facilities liable if they do not provide a reasonable standard of care to their patients, and it appears as if that may be what happened in this case.