Crash that Injured Edmonds Woman May Have Involved Street Racing 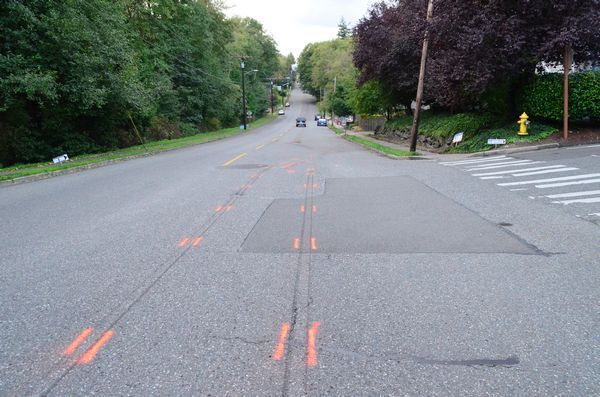 Police are investigating whether street racing may have been a contributing factor in Friday night’s high-speed car accident in Edmonds that left a woman with several broken bones.

According to MyEdmondsNews.com, 67-year-old Ann Lui was driving on her way home from work Friday at approximately 10:30 p.m. when she saw a vehicle traveling the wrong way on Main Street approaching her. She swerved to avoid a crash but the wrong-way car struck the passenger side of her vehicle.

The collision deployed the airbags inside of her vehicle and pushed her car off the side of the roadway, crashing into a bus stop sign before finally resting on the sidewalk.

“It all happened so fast,” said the victim’s son, who is caring for her as she recovers from her injuries. “I’m very thankful for the air bags, that she was wearing her seat belt, and that someone saw what happened and called 911.”

Lui had to be removed from the vehicle and was immediately taken to Harborview Medical Center in Seattle, where she has since undergone multiple surgical procedures on her wrists and ankles. She reportedly remains in intensive care at Harborview.

The victim’s son also told reporters that he believes there was a third vehicle that may have been racing with the car that crashed into his mother in the moments before the accident in Edmonds occurred. He said that the third vehicle did not stop at the scene, but that police allegedly know who was inside that vehicle.

“Speed was definitely a factor in this accident,” said Josh McClure of the Edmonds Police Department. “At this time we’re treating it as a two-car crash. Our investigation is still in progress, and more information will be available when this concludes.”

Police told the victim’s son that since the third vehicle was not actually involved in the collision, the driver of that vehicle is not part of their current investigation. If police eventually determine that the other driver contributed to the collision in some way, then he could face criminal charges and even be held partially liable for Lui’s injuries.

From a legal standpoint, it is always important for accident victims to identify all parties who may be potentially liable for causing a collision. Thankfully for Lui, police have the identities of each driver involved in this incident and will be able to provide the victim with that information after their investigation is complete.