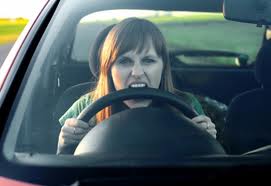 A bizarre scene unfolded in Pierce County Superior Court Thursday as prosecutors accused a drunken driving suspect of intentionally running another motorist off of the roadway because he thought the victim looked “suspicious.”

Puyallup Tribal Police officers responded to the scene of a car crash in the 2000 block of East 32nd Street Sunday evening. When they arrived, they found a Nissan Sentra with visible rear-end damage resting against a broken guardrail and 41-year-old Michael Dillon, who was standing next to his Dodge pickup truck.

In their incident report, officers claimed they could smell alcohol on Dillon’s breath when they first approached him, and that the suspect was exhibiting many of the typical symptoms of driving under the influence – he allegedly had a flushed face, bloodshot eyes, and appeared to be moving quite slowly.

When police interviewed Dillon, he reportedly told them that there had been a large number of burglaries in the area lately and he was suspicious that the other driver might be involved in some sort of criminal activity. He told the officers that he and the other driver exchanged some heated words and the other man drove away.

The victim told officers that he was driving Northbound on East 32nd Street when he noticed a Dodge pickup truck approaching quickly from behind. He says the victim rammed into him, and that when he tried to get away from Dillon he was rear-ended a second time. The second collision reportedly caused the victim’s vehicle to exit the roadway and crash into the guardrail.

After the victim’s vehicle came to a rest, Dillon allegedly rammed into him a third time and then exited his vehicle and started yelling at the victim again. According to police, physical evidence at both scenes appeared to be consistent with the victim’s bizarre story.

Dillon admitted to officers that he had consumed approximately six bottles of beer earlier in the evening but that he was sober enough to be driving. Upon submitting to a breath alcohol analysis, however, he registered a BAC of approximately 0.134 – well above the legal limit of 0.08. – and was placed under arrest on suspicion of assault and DUI.

Unfortunately for the victim, intentional acts are typically listed as exclusions for coverage in a majority of insurance policies in the United States. Because of this, it would likely be difficult for the victim of this particular drunk driving accident to submit a claim for damages as a result of Dillon’s actions that evening.